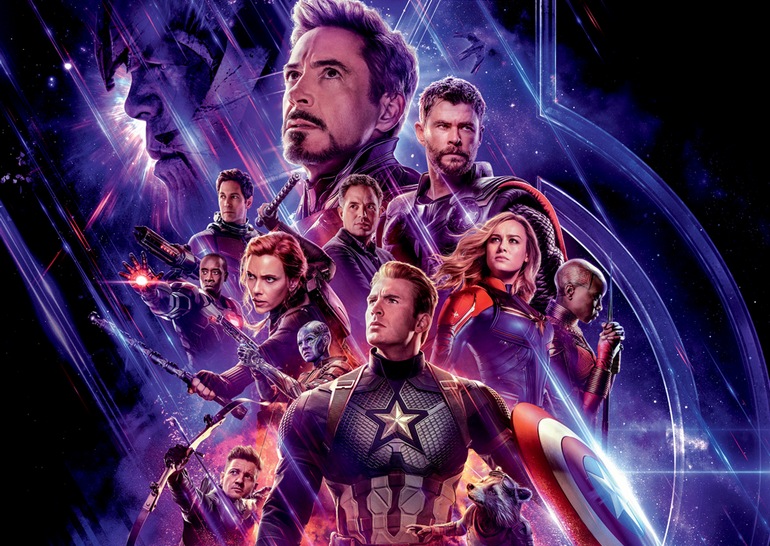 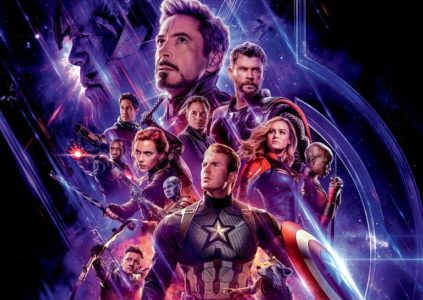 It's foolish to rate Avengers: Endgame as another comic book adaptation. This is not an independent film and not even the fourth part of The Avengers – it's three hours of fanfare and nostalgia wrapped in a quality CG. Three hours of pleasant memories of 11 years (for someone is a big part of life), separating us from the beginning of this fantastic journey. Avengers: Endgame is the midway end of a bold experiment to create the longest series of related films and the most expensive franchise in movie history, which has already grossed $ 19 billion for Disney / Marvel, to which another $ 3-4 billion will certainly be added by the end of the year. Avengers: Endgame is the cornerstone that closes the 11-year bow and 22 movies.

I am well aware that you do not need this review to decide whether or not you are going to the Avengers. Also, I suspect that, regardless of what is written below, you, with a 95% probability, have already watched the movie or watched it during those long weekends. The image has already broken the pre-sale records and the first day of rent, and will definitely show record rates over the weekend. The only question is whether the Avengers 4 will have time to collect their first billion for this weekend, and there is no doubt that there will be several billion. Avengers: Endgame marks the list of highest grossing films in first place and will likely beat Avatar and Titanic by the end of the year.

Overall, this review is just an introduction to the comments, in which fans will call Endgame the best comic book ever made, and haters dump another batch of bile in the photo. In the eleven years since the release of the first Iron Man, everyone has developed a clear relationship with the Disney / Marvel and Avengers comic universe: Endgame, which is unlikely to change his mind.

Avengers: Endgame is a beautiful name with an interesting game in words that is difficult to convey in Ukrainian or Russian. Endgame is not only the "Completion" (Ukrainian version of the name) of the game, "Final" (Russian version), but also the end of the game, the final part of the game of chess. Half of the pieces are removed, there is room for maneuvers in the board, but the last movement can already be calculated.

A year ago, after the very exciting end of Avengers: Infinity War / It was obvious how the End of the Game would end. This is a farewell to the characters that the last 11 years have become almost familiar to us, the completion of the main plot lines, the answer to questions asked in previous films.

If you are not very aware of events taking place in the Marvel Movie Universe, you risk missing out on many interesting moments. Before going to the movies, it is worth reviewing at least the previous three parts of The Avengers, and best of all the full-length movies that have just come out. Interestingly, Kevin Faigi, head of Marvel Studios, who gave thirteen years of his life to the MCU, conceived of all these connections and cross-references from the beginning in 2006, or is a successful improvisation appropriate to previous film events under the Endgame?

Avengers: Endgame will take you on exciting slides to bring everyone to catharsis in the final scene. There are several very somber and serious episodes in the movie that can rip off the most insensitive readers, and you will certainly hear sobs all over the room. On the other hand, as in the case of Avengers: Infinity War, literally every emotional scene here is followed by an immediate discharge in the form of another stupid joke from Thor, Rocket or Ant-Man. Sometimes it seems a bit intrusive and ridiculous, but these are Marvel movies, we get used to such writing methods.

The first half of a long, 3 hour, 1 minute movie contains several optional, slightly long scenes during which the narration decreases noticeably but in the second part of the time there will be no bored scenes and not at all in the perfectly adjusted action scenes , which are sufficient here to accompany the events of the photo, look for references and the Easter eggs are so interesting that they spend three hours without being noticed. Yes, some of these Easter eggs look more like a collection of Internet memes, but nonetheless it still works. By the way, there are no scenes after the titles in Avengers: Endgame for the first time in several years. It is still too early to provoke the viewer with new films, so Disney / Marvel decided to end it. For a while.

Avengers: Endgame is a farewell movie. It is obvious that in the fourth phase we will not see most of the heroes of the previous series. The way Disney / Marvel has led some of the characters in the game probably will not please some fans who have their favorites, but there's nothing you can do. Even more, despite the fact that the name is said, the game continues and Avengers: Endgame is not the final movie of the third phase of the Marvel film universe. Spider-Man: Far From Home, which is scheduled for release on July 2, 2019, had the honor of closing the chapter.

But what will happen with the franchise is still unclear. Although from time to time appear information about the work in the following Marvel films – there are no dates, titles or details about the plot of the next images.

At the moment, we know about the upcoming Marvel films, whose work is already under way. Black Widow is a solo film about the Black Widow with Scarlett Johansson, which, judging by all, will become a prequel to the events of "The Avengers". The Eternals is a film about the Eternals, a race of supermen created by Celestials during experiments on ancient Earth. The only Eternal in the films of the first three phases of the MCU is Thanos. Doctor Strange 2 is a continuation of a film about a medical magician performed by Benedict Cumberbatch. Black Panther 2, which is in a very early stage of production. Guardians of the Galaxy Vol. 3, work in which will not begin because of the constant scandals around the figure of the director of the painting of James Gann. Shang-Chi is a movie about a martial arts master and the first Asian superhero movie as part of the MCU. In addition, there are rumors about the restart of the Blade series.

At the same time, we are still not saying goodbye to some of the Infinity War characters, some of them will go to the Disney + streaming service, due out in November 2019. Falcon and Winter Soldier, Scarlet Witch and Vision will receive his own series. (WandaVision), Loki (Loki) and Hawkeye (Hawkeye). The mini-series, whose initial seasons will contain 6-8 episodes, is scheduled for 2019-2021. His characters will be interpreted the same way, known from previous films by Anthony Mackie, Sebastian Stan, Elizabeth Olsen, Paul Bettany, Tom Hiddleston and Jeremy Renner.

So the great Marvel and Disney experiment is not complete. The Marvel Comic Universe is waiting for a change, and it is very interesting that they lead the franchise in the next 10 to 12 years. We'll see.

Pros:
The last chapter of the Avengers and the last encounter with many of his favorite characters; several very emotional moments; humor; chic battle scenes; references to the franchise of previous films

Cons:
Timing; in the first half the movie falls a little; not everyone will like Marvel to complete the story of some heroes

Conclusion:
The grand finale of an incredible cinematic experiment, which lasted 11 years