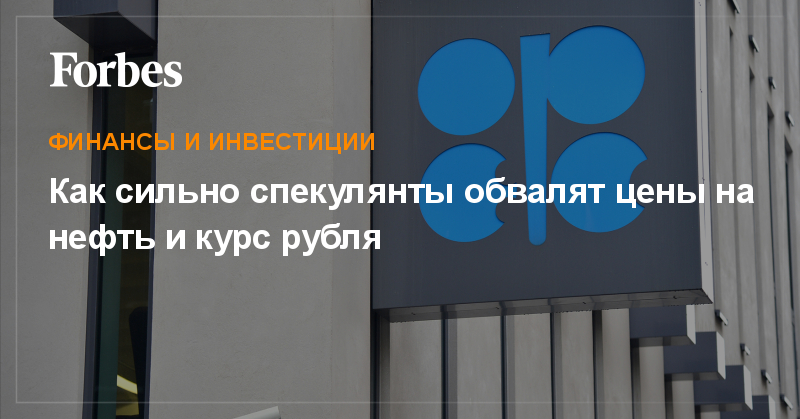 The meeting of the OPEC Monitoring Committee on Sunday failed to stabilize the oil market because of the lack of a clear cartel position on plans to cut production. Saudi Arabia's Energy Minister Khalid al-Falih simply said that OPEC and its allies would try to reduce price volatility by tossing a cherry on a cake as a pledge in December to reduce the country's black gold exports 500 thousand barrels per day. However, such rhetoric was inconclusive for the market, and after speculators, speculators on the stock market have raised pressure on the cost of Brent's barrel.

In the future, due to the unfavorable information context associated with the OPEC report on the possible over-supply of raw materials in the global market in 2019, as well as forecasts by the US Department of Energy's Energy Information Administration on increasing production of shale oil in December at 113,000 barrels per day, to the collapse of the massive closure of "long" players positions in connection with the triggering of protective stop orders.

At the current stage, the oil market is dominated by speculators who have formed important positions in the last month to reduce oil futures. Brent's drop in Brent's barrel cost by more than 7 percent on Tuesday, November 13, may be speaking of the surrender of the "bulls", already quite worn out lately. Now the Brent benchmark price is trying to gain a position above the $ 65 mark per barrel, and if it succeeds in the medium term, we can see a smooth rebound in oil prices to $ 71-72 per barrel

The negative conjuncture prevailing in the global commodity markets was the reason for the marked weakening of the ruble exchange rate. However, it is worth remembering that the monetary authorities earlier this year made it clear to the market that they were not satisfied with the strong exchange rate of the national currency and, having launched all the mechanisms of the fiscal rule, deliberately restricted the dynamics of the ruble.

As a result, the Russian currency began to completely ignore the positive factors that occasionally manifest themselves in the commodity markets, and actively regained the negative associated with the lower oil prices. However, with the stabilization of oil prices, by the end of this year, the ruble is fully capable of returning to the range of 65-66 rubles against the dollar.