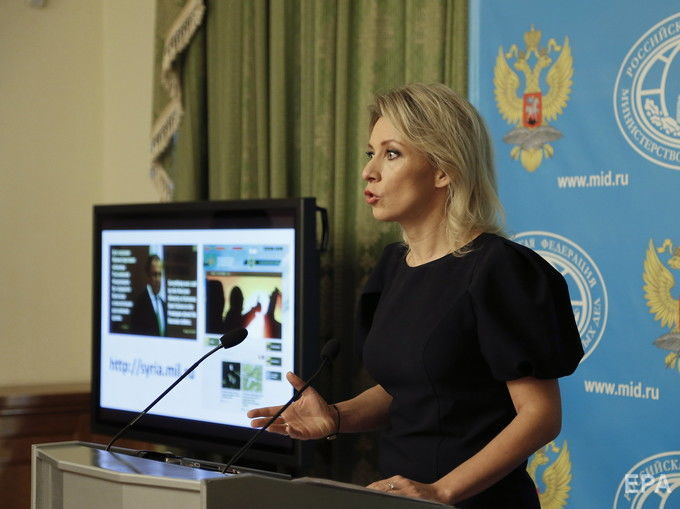 Without analysis, important talks are no longer held in Ukraine, said Russian Foreign Minister Maria Zakharova. So she responded to the words of the Foreign Minister of Ukraine, Pavel Klimkin, who joked about compensation for "all centuries of occupation" by Russia of Ukraine.

The official representative of the Ministry of Foreign Affairs of the Russian Federation, Maria Zakharova, responded on Facebook on April 6 to the words of the Foreign Minister of Ukraine, Pavel Klimkin, who said that the damages of the occupation of Ukraine by Russia was estimated.

"Media:" Ukraine's Foreign Minister Pavel Klimkin has threatened Russia with ruin in the event of compensation for the "centuries of Ukraine's occupation". "If Russia starts talking about some kind of mystical compensation, we will calculate the compensation for all the centuries of the occupation of Ukraine. So we will tell so much that there will be no more Russia," Klimkin said. now we know that without analysis in Ukraine there are no important talks, "Zakharova wrote.

Klimkin called his words on "compensation for all centuries of occupation of Ukraine" a joke. He then reacted to the statement by the State Duma's President, Vyacheslav Volodin, that on March 15, during his visit to Simferopol, proposed charging Ukraine for 25 years, "that the Crimean peninsula was in the neighboring state." On March 20, he said a working group would be installed in the lower house of the State Duma of the Russian Federation, whose task would be to assess the "damage caused to the Crimea by the Ukrainian authorities."