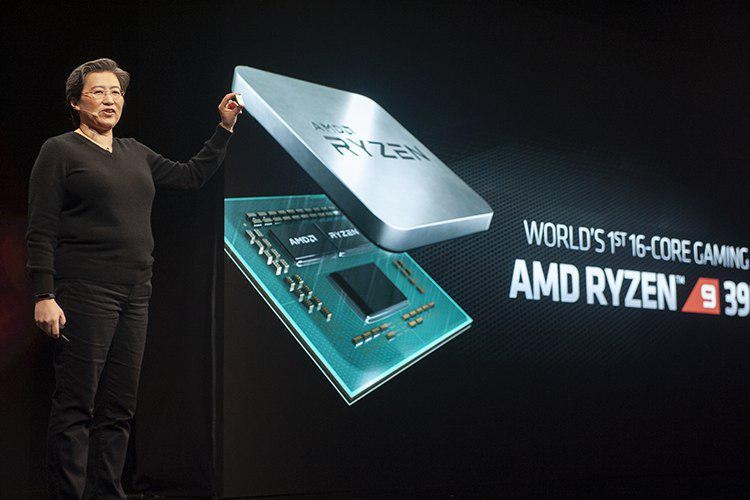 Today, at the Next Horizon Gaming event, AMD boss Lisa Su (Lisa Su) has introduced another processor that will complement Ryzen's upcoming 3rd generation Ryzen 9 3950X family. As expected, this processor will receive a set of 16 cores of Zen 2 and, according to AMD, the world's first processor for gaming with such an arsenal of computing resources.

Like the 12-core Ryzen 9 3900X, its Ryzen 9 3950X 16-core companion will be based on two 7-nm chiplets with a Zen 2 microarchitecture, each of which will use all 8 cores. Thanks to this, the 16-core monster can be used seamlessly in the same Socket AM4 ecosystem as the other third-generation Ryzen brothers. Thus, AMD decided not to delay the presentation of its most powerful weapon and unveil all the assets at once by offering a processor for the mass platform that is twice as large as the number of cores offered by Intel of a similar class.

However, the sale of Ryzen 9 3950X will still appear a little later than the other processors in the family. Although representatives of 6, 8 and 12 cores from the Ryzen 3000 desktop series are expected at the counters on July 7, it will be possible to purchase a 16-core flagship only in September. Price Ryzen 9 3950X, while it was expected to be high: it was set at $ 749. However, it is worth noting that all the processors in the Ryzen 3000 family have roughly the same cost per core – from $ 40 to $ 50, and the Ryzen 9 3950X fits this standard. 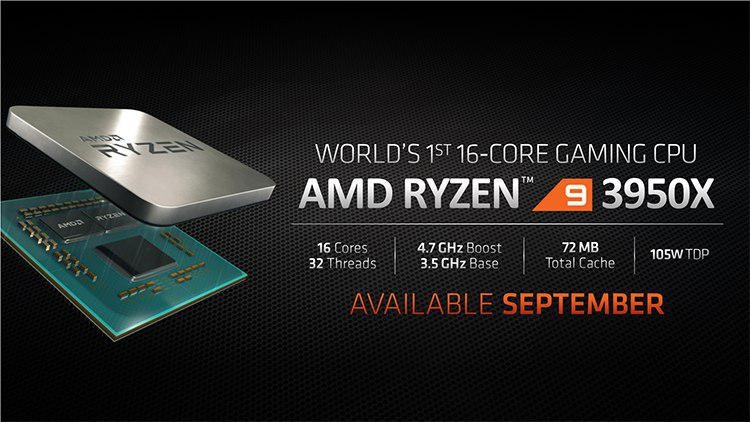 Considerable attention is drawn to the specifications and Ryzen 9 3950X. The fact is that more nuclei do not lead to a scandalous increase in heat generation. This processor will fit into the same 105-watt thermal package, typical of the Ryzen 7 3800X 8-core and Ryzen 9 3900X 12-core, but will have clock speeds close. And that means the 16-core will become an elite product also in the sense that AMD will have to select especially for it successful semiconductor crystals with a good supply of frequency potential and low leakage currents.

The announcement of its premium 16-core product, AMD, has tried to make it as dry as possible, and diluted with elements of an overclocking show. With liquid nitrogen, the AMD team managed to overclock the Ryzen 9 from 3950X to 5375 MHz, receiving an impressive number of multithreaded performance on the Cinebench R20 – 12,167 points. And this is an absolute record for 16-core processors. The nearest result of 10,895 points was recorded for the processor running at 5.3 GHz when the Core i9-7960X processor was cooled with liquid nitrogen, but the new AMD turned out to be 12% faster. 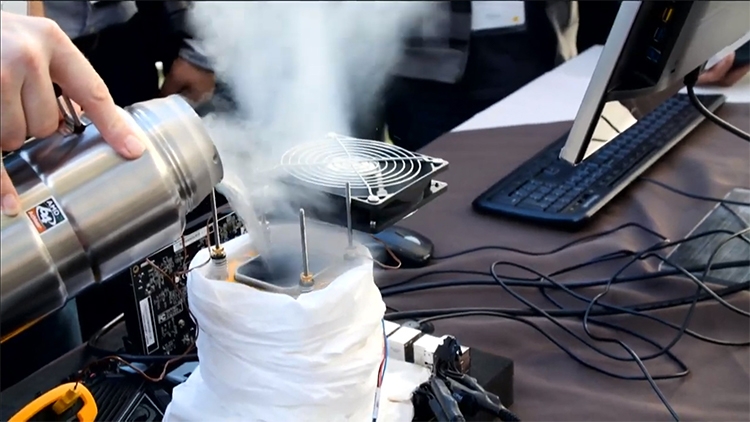 AMD promises to reveal more details about the features and performance level of the Ryzen 9 3950X later as it approaches its release date. The main question that remains after today's announcement concerns why AMD has decided to position its 16-core device as a gaming processor rather than a solution aimed at users working professionally or graciously with digital content.