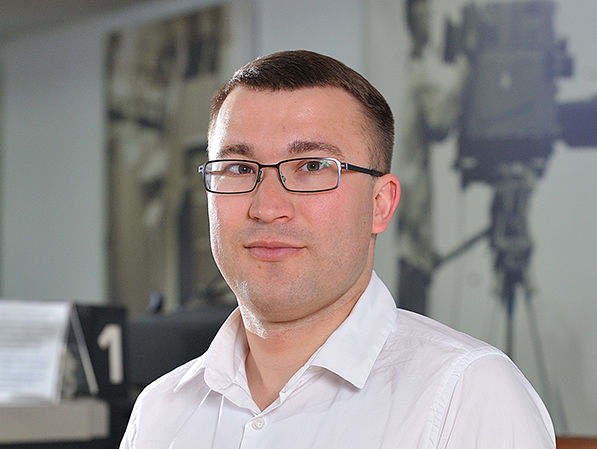 The tender for the position of new director of the National Public Broadcasting Company may last two months, said a member of the supervisory board of NOTU, Alexey Panich. According to him, after the outgoing head of NOTU, Zurab Alasania, resign, the TV and radio company will be managed by NOTU board member Nikolai Chernotitsky.

The duties of the Chairman of the Board of Directors of the National Public Television and Radio Company of Ukraine (NOTU) Zurab Alasania will be the members of the board of directors of NOTU Nikolai Chernnotitsky. On this January 31 in the comments "Ukrainian Truth," said a member of the Supervisory Board NOTU Alexey Panich.

"We named one of the council members to act as chairman until the election of the new council," said Nikolai Chernotitsky, "whom he does not know, we do not consult him.

He recalled that Alasania will serve as head of the public for another two weeks from the date of the announcement of early termination of the contract.

Panich said the tender for the new chapter could last for two months.

"When we choose a new chairman of the board, if the competition succeeds, he will offer his team, and the old team will lose its powers once that team is elected," he added.

Chernotitsky is responsible for optimizing the central and regional structures of NOTs. In 2008-2010, he served as commercial director of Sumy Media Service. In 2014, he served as Advisor to the President of the Sumy Regional State Administration. Also from 2014 to 2017 Chernotitsky He was the CEO of Sumy OGTRK.

On January 31, nine members of the NOT Supervisory Board, out of the 12 who attended the meeting, voted for early termination of the contract with Zurab Alasania, elected on April 10, 2017.

The decision to create a public television in Ukraine, the Verkhovna Rada adopted in March 2015, in April of the same year, the project was signed by President Petro Poroshenko.