Arab leaders at the end of the 30th Arab Summit held in Tunis emphasized the importance of cooperative relations between the Arab countries and Iran based on the principle of good neighborliness and abstain from the use or threat of force.

In a resolution entitled "Iranian Interventions in the Internal Affairs of the Arab States," they condemned Iranian interference in the internal affairs of the Arab countries as a violation of the rules of international law and of the principle of good neighborliness and sovereignty of States. They urged Iran to give up acts of provocation that would undermine confidence and threaten security and stability. In the region.

They also strongly condemned the continued launch of Iranian ballistic missiles from Saudi Arabia by the Huthi militia of Iran, including ballistic missiles against Saudi cities, including the Muslim kiss, which has so far hit more than 200 rockets, kingdom and a threat to Arab national security.

They affirmed Saudi Arabia's right to legitimize the defense of its territory as stipulated in Article 51 of the Charter of the United Nations and its support for measures to be taken against such violations under international law.

Arab leaders condemned continued Iranian interference in the internal affairs of the Kingdom of Bahrain, supporting terrorism, training terrorists, smuggling weapons and explosives, inciting sectarian strife, continuing statements at various levels to destabilize security, order and stability, and establishing terrorist groups in the Kingdom of Bahrain financed and trained by the Iranian Revolutionary Guards. Terrorist organization and Hezbollah, which is incompatible with the principle of good neighborliness and non-interference in internal affairs, in accordance with the principles of the Charter of the United Nations and international law.

They also emphasized the support of the Kingdom of Bahrain in all actions and measures taken to combat terrorism and terrorist groups to maintain their security and stability and commended the efforts of the security services in Saudi Arabia and the Kingdom of Bahrain that have succeeded in thwarting many terrorist schemes and arrest members of terrorist organizations charged with executing such schemes. Supported by the Revolutionary Guards and Hezbollah.

Arab leaders also condemned the Iranian government's policy and continued interference in Arab affairs, demanding that it stop supporting and funding armed militias in Arab countries, especially its interference in Yemeni affairs, and stop supporting militias loyal to it and opposing it to the legitimate government of Yemen. And the threat of maritime navigation in the Bab al-Mandab Strait and the Red Sea, which negatively affects the security and stability of Yemen and neighboring countries and the region in general, and is a clear violation of Security Council resolution 2216 2015.

They affirmed the full support of all measures taken by the State of Kuwait for the terrorist cell under the so-called "Abdali cell", highlighting the importance of the security and stability of the State of Kuwait and the rejection of Iranian interference in the internal affairs of Arab countries, despite Kuwait's efforts with its brothers in the GCC. For the Gulf states, create channels of dialogue with Iran to increase security and stability in the region.

They considered Hezbollah militias responsible for supporting terrorist groups and terrorists in Arab countries with advanced weapons and ballistic missiles, emphasizing the need to prevent the spread of extremism and sectarianism and interfere in the internal affairs of States and not provide support for terrorism and terrorists in their regional environment.

They called for a ban on Iran-funded satellite channels broadcast by Arab satellites as a threat to Arab national security, provoking sectarian, sectarian and ethnic tensions, and urging the Arab League secretary-general to monitor the relevant authorities. 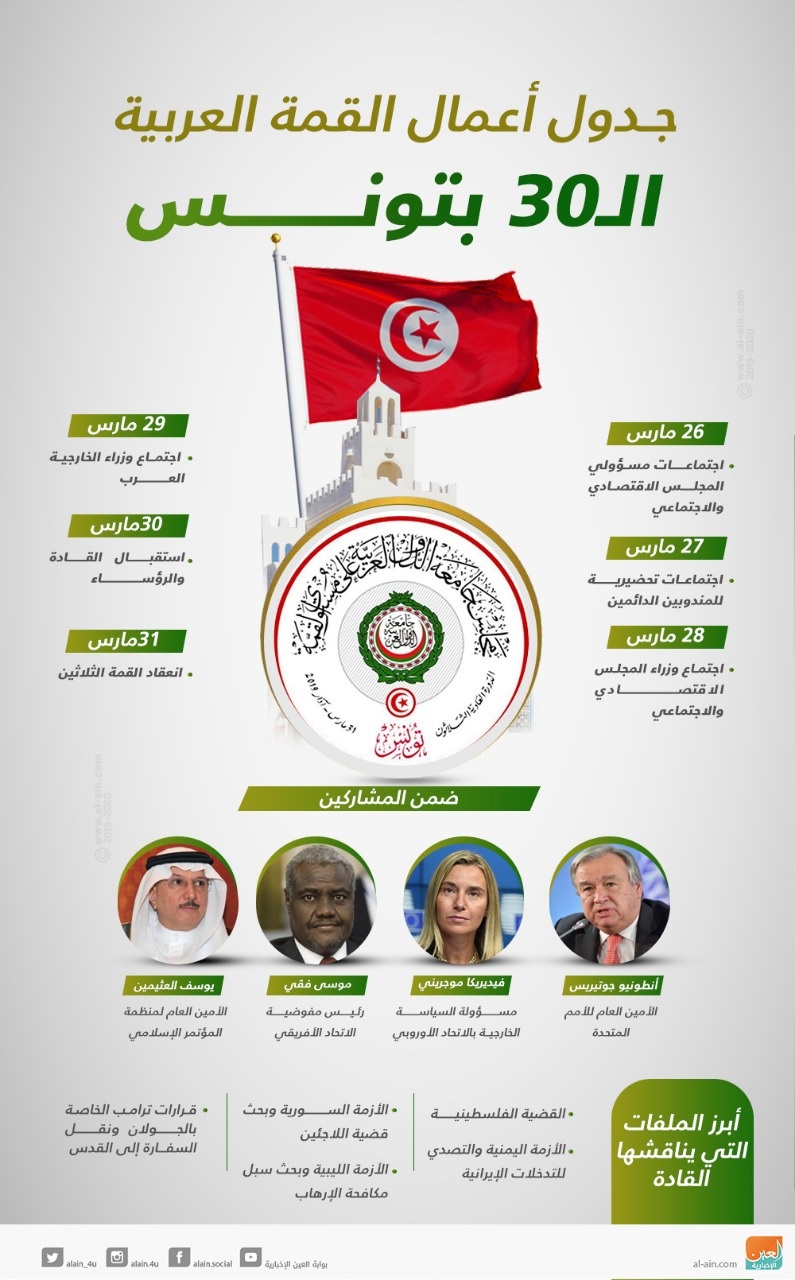 They urged Iran to remove militias and armed elements from Arab countries and stop supporting terrorist organizations and militias in Arab countries, particularly in Syria and Yemen, emphasizing the importance of the Arab countries continuing to provide periodic reports on Iranian interference in the internal affairs of countries.

They also instructed the Secretary-General of the League to continue to coordinate with the Arab Quartet Foreign Ministers: the United Arab Emirates, the Kingdom of Bahrain, Saudi Arabia, the Arab Republic of Egypt and the Secretary-General to continue developing an Arab plan of action for Iranian interventions in the Arab region. And mobilize support and international support for the Arab position that rejects these Iranian interventions.

They underscored the importance of continuing to include the topic "Iranian interventions in the internal affairs of the Arab States" on the agenda of the Arab cooperation forums with international and regional countries and assemblies, and to refer the pertinent organs of the United Nations to include the topic in their agenda, in accordance with article 7. That prohibits interference in the internal affairs of States and requested the Secretary-General of the Arab League to follow up on the implementation of the resolution and submit it to the Summit at its next regular session.