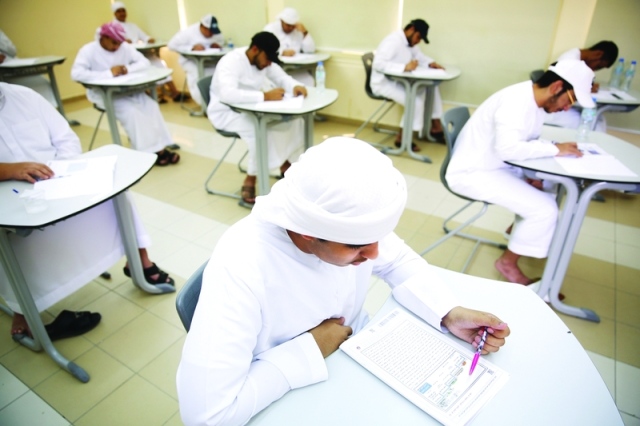 Students in public and private schools applied to the ministerial curriculum from the first to the twelfth grade undertook a social studies exam. Students in most classes confirmed that the questions came in many ways and needed more time, while the opinions of the students in the second differed regarding the ease and clarity of the examination. The school departments received complaints about the duration of the questions while the exam questions were based on the results of education and the superior thinking skills, and also noted that the examination of social studies took into account the individual differences of the students.

In Dubai, students in grades 1 through 8 and in grades 11 and 12 completed the Social Studies exam questions, which required more time than the exam. A number of students in grades 1 through 8 indicated that exam questions required of additional writing time. While 11 and 12 grade students showed that the exam, while easy, the duration of the questions bothered and remained on the boards until the end of time, when international exams have multiple choice to measure different skills and not exhaust the student.

Several departments of the school have confirmed that they have received their students' complaints about the duration of the questions, especially the students who suffered from lack of time, in the presence of a variety of long questions, but reported that the test is based on the results of education and in higher thinking skills. Far from ambiguous as well as positive interaction.

Public and private school students requesting the ministerial curriculum from the first to the twelfth year in Abu Dhabi yesterday passed the end of the third semester in the subject of social studies.

The exam included about 37 questions, multiple choices as well as writing. Most students agreed that most of the questions were easy, while some students emphasized that there were issues that needed time. Some complained about the jobs available in the field of renewable energy in the near future, as well as the question of identify the map of the UAE and a question about the role of Sheikh Zayed in the construction and development Country.

Mohammed Ali Salem Al-Zahmi of Abu Dhabi High School confirmed that the exam was conducted in seven pages, which was a variety of questions, noting that some questions were long and time consuming. 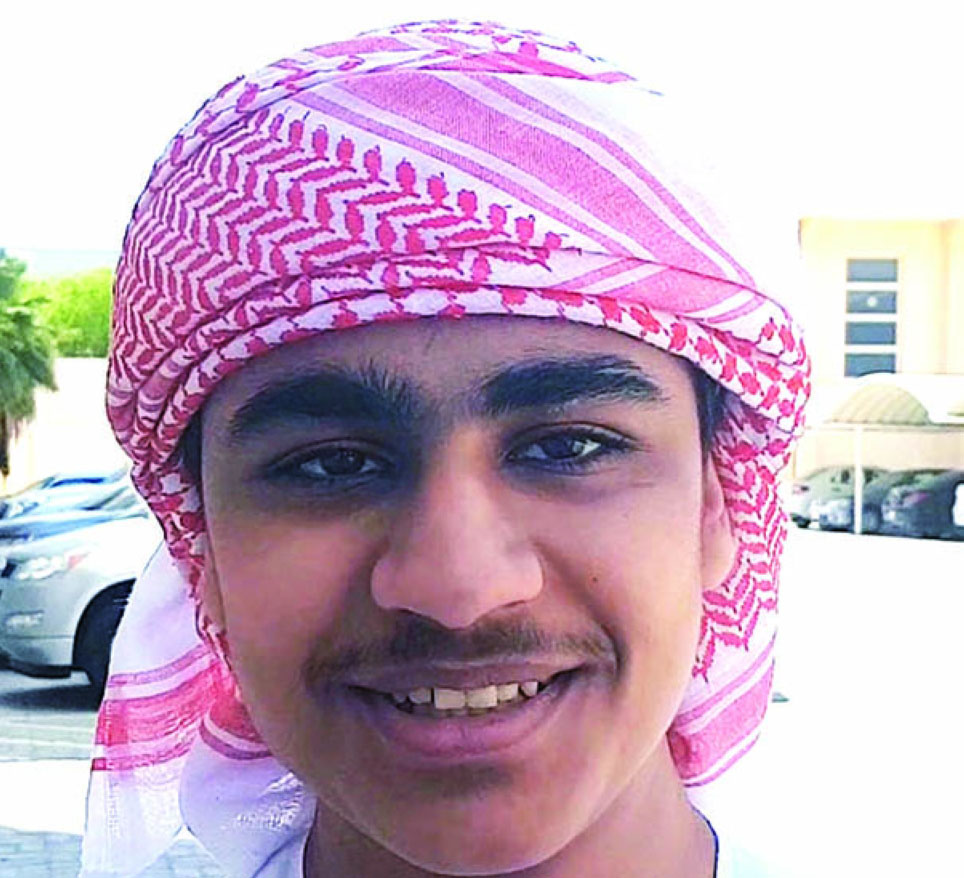 Mohammed Babeker, a graduate student at Abu Dhabi High School, said: "The study of social studies has come in seven pages, most of which are at the average student level. question about the Emirates map and shading sites, and contained the similarity of the names of some areas.

Student Mehta Emad said the social studies exam was easy, but it took longer, noting that some of the issues were difficult. 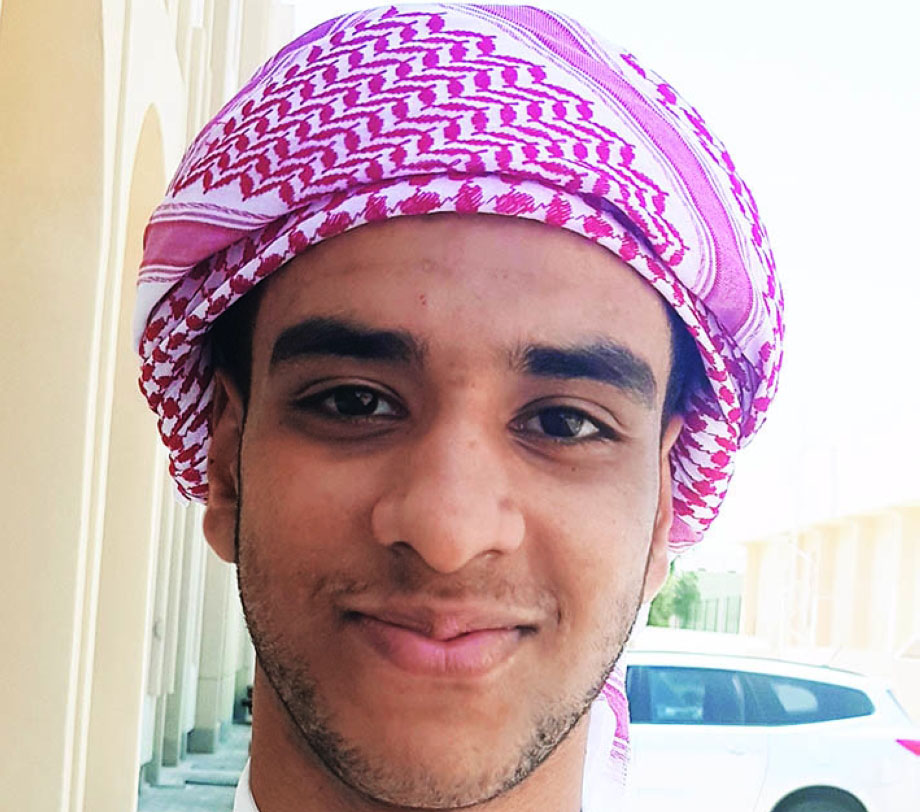 Student Ahmed Rami said most of the questions were easy, but the question of shading the map needs to focus.

Several students at Al-Ain examination centers complained about the extent of social studies questions, but they were easy and accessible at all levels, despite some minor ambiguities in map design. High temperature.

Students at the Khalid Bin Al Waleed and Khalifa Center confirmed that they were able to respond to all 35 exam questions, spread over 7 pages, including all units, and the large number of paragraphs was not sufficient to respond to the time specified for the article . Easy and accessible at all levels and given the differences, they arrived at the specified time and came out safely and are satisfied with their response that coincided with the paper model.

On the other hand, several private school pupils in the advanced and general sections, who were distributed to the public school examination centers, complained about the early morning hours for the schools to gather to transfer them to the examination centers and return them them. And waiting for over an hour to transport them under difficult climatic conditions in the heat, affecting their activity and concentration.

School administrations regretted that, because they were tied to the examination schedule, under the Ministry's decisions in advance, they had no other choice.

School administrators in Sharjah confirmed the ease of the social studies exam, which were available to all students and took into account individual differences in student skills, noting that they received no complaints or observations from students about the issues. On the other hand, the Sharjah Education Authority confirmed that examinations on the second day went without comment on the paragraphs, indicating that they followed the specifications of the curriculum, and the satisfaction rates for the social examination were good and expressive of the actual level of students.

She pointed out that the field committees responsible for the curriculum did not receive any feedback from the students regarding the issues of the different grades, especially the secondary ones, noting that the questions took into account the levels of all the students in general, besides the inclusion of the units of study.

In addition, students expressed their views on the ease and clarity of the exam work, and that this was appropriate, and that they were trained in some of them during the current academic year, while some students of the candidate and the general public, there are issues that need to be applied to the mind, and that they came in a different way from the previous years and depend on the students' external knowledge, and most of them out of the textbook.

Saeed Nouri, a professor at the Ajman Private School, said that most of the social studies exam questions have come a long way from conservation and education, and are not based on the textbook but on the knowledge of outside students. That marked the eleventh and twelfth grade, indicating that the stage to memorize the student and remember the information is over, and that the ministry in all the issues it creates to create a creative critic student and thinker can innovate and deduce and analyze and elaborate a development of their scientific and practical skills.

The majority of seniors in the general and advanced schools of Fujairah schools said yesterday that the social studies exam questions are easy and smooth and that examination hours have passed into a state of general satisfaction.

A number of advanced lane students, Ali Mohammed Al-Kindi, Salem Rashed Al-Samahi and Fatima Hassan Al-Ali, said that social studies questions took individual student differences into account, and were free of impossible questions that did not were beyond what they studied and trained in the models of the material. Total satisfaction with the exam.

"The exam is easy and within the program," said student Sarah Abdullah al-Massmari of the general lane. "All questions are scheduled and we hope to reach high marks."

Students at Umm Al Quwain's advanced lane also reported that the issue of social studies had little difficulty in dealing with them in the last semester of the current academic year where students agreed with the flexibility and ease of the examination and that the questions were frank and direct corresponding to what they studied and prepared. Students expressed satisfaction with the exam environment and with the peace of mind provided by school administrations, observers and observers, indicating that the level of students For the exam was average, where the questions of different quality and clear and direct and took into account the differences between students, but the length.

Seniors in the General and Advanced Departments in Ras Al Khaimah have confirmed approval of the subject of social studies with safety, while some students have indicated the length of the exam questions, especially the reading passages from which the student extracts the answer .

Several parents referred to the happiness of their children easily the standard of exams given to students in general, including extracting the paragraphs that facilitated the passage of the test, and reduced their children's complaints in total compared to previous years, according to follow-up tests for their children.