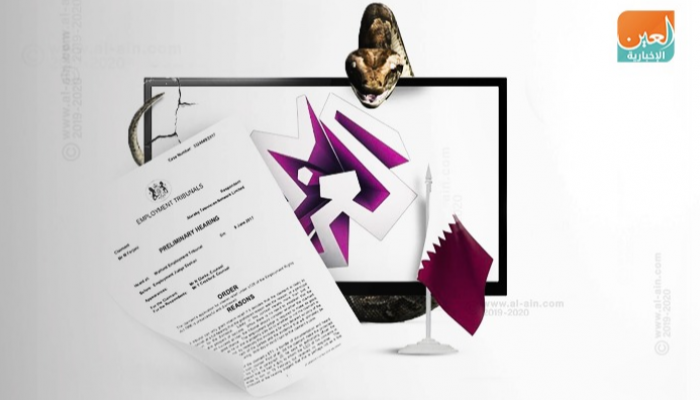 A suspect role for the Qatar system

The roles of former Israeli Knesset member Azmi Bishara, who heads the Hamdeen media company, play a role in regional and international sabotage.

Under the mantle of the intellectual and the researcher, gang members play their destructive role to accomplish two interlocking tasks: the first is to preach the subversive project to regulate the Hamdeen decision in Doha, and to accelerate the pace of raising money and doubling the personal benefits of the money of the Qatari people.

The role of Mohammed Al Masri, Executive Director of the Arab Center for Research and Policy Studies (based in Doha and the founding of 2010), and one of the "men" of Azmi Bishara is highlighted in the media lobby of this worldwide lobby.

While Al-Masri managed to distance his black record from Hamdeen's gang spotlight, his name jumped to the limelight after Islam Lutfi, the former chief executive of Al Arabi, decided to break his silence and expose corrupt Qatari media. .

According to documents obtained by Al-Ain Al-Akhbar, Al-Masri is no less dangerous in his role than that of Muayad Thib, his colleague on TV Al Arabi.

The difference between the two men is that al-Masri was charged with attracting and recruiting journalists, researchers and thinkers, seducing and blackmailing them and assigning them directly to their real tasks, that is, he was in the vanguard, while the last he needed the shadow, filling only the gaps he left when necessary.

Those who want to explore the Egyptian arena and monitor their role more suspiciously need to explore the Arabian hall where their secrets lie, and there is a role that those who are familiar with it are even more dangerous than the role of the defect.

Egypt plays the political conscience of young people and their visions amid the changes witnessed by the Arab world in the last decade, and thus works to create a certain pro-Qatari elite and defend its subversive program in the region.

The danger here is that al-Masri is attracting a group of the finest young Arabs whose country has not had the opportunity to get a job or is tired of contracts with institutions here and there.

Al-Masri, following a careful monitoring process with his boss Bishara, continues to communicate with these young people, and they are then asked to work under permanent contracts, according to the testimony of a young Algerian researcher named Belkacem.

"In talking about full-time scientific research, the Arab Center's brightest picture is its remarkable success in reconciling the scientific research profession with the labor market, employing it to research human resources at fixed wages far from them," he wrote he. Ghost of concern with the source of income and of life (…) ".

Understanding the nature of the suspicious role played by the Egyptian inevitably passes through the knowledge of the reality of the emergence and funding and objectives of the Center, which takes on the position of Executive Director.

The center was set up in 2010 shortly before the outbreak of protests in several Arab countries, so analysts say the mobility witnessed by these countries was planned in advance in the western operating rooms and also in Doha.

The Center quickly attacked the protests under the cover of an intellectual research institution that deepens the venom of Arab discrimination, incites conflicts of various kinds and feeds differences to invest in redesigning the map of North Africa and the Middle East.

It was only a cell of theorizing to undermine the stability of the Arab world, and exploited the chaos that prevailed in that period, to promote lies that serve its master Azmi Bishara and behind him "Hamdeen."

The center specialized in criticizing Arab armies and attacking military institutions, and its president, Bishara and his Egyptian assistant, were interested in raising minority issues to foment sectarianism in an industry that Doha takes as a pretext to interfere in affairs Arabs.

According to well-informed sources, al-Masri played a suspect role in undermining the interests of the Gulf and in attracting people whose mission is to attack the Gulf states, particularly the United Arab Emirates and Saudi Arabia, and the second session of the Gulf Studies Forum (2015).

A role in which the Egyptian relied on "propaganda" to exploit dissidents, infidels, criminals and gang members in order to reach the interests of the countries of the region and fabricate lies in desperate attempts to instigate discord in their societies, preparing for its penetration and destabilization.