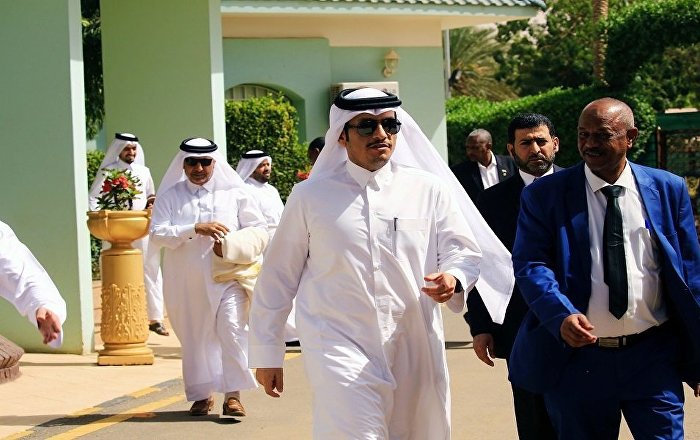 The Sudanese Foreign Ministry announced on Thursday that steps are being taken to have a high-level Qatari delegation visit Khartoum soon.

"The Foreign Ministry would like to deny a satellite channel that Sudan refused to host a Qatari delegation headed by the deputy prime minister and foreign minister," spokesman Babeker al-Siddiq said in a statement. brief communication.

"Arrangements are being made to visit a high-level delegation from Qatar to Khartoum," he said.

This comes after the spokesman of the Sudanese Transitional Military Council, General Shamseddine Kabbashi, the news circulated by some local and international media about Sudan's refusal to receive a delegation from Qatar headed by Foreign Minister Mohammed bin Abdul Rahman al-Thani ", according to the agency" Anatolia.

"The council flatly denies this news and confirms that no Qatari aircraft have landed on Sudanese territory," Kabbashi said. "This news is completely false."

On 11 April, the Sudanese army ousted President Omar al-Bashir from the presidency after three decades of rule in the country, the impact of popular protests has continued since the end of last year.

The military established a transitional military council and established a two-year term in partnership with a civilian government amid attempts to reach an understanding with the opposition parties and forces over the administration of the next phase.