"Revolutionized" the world of sport 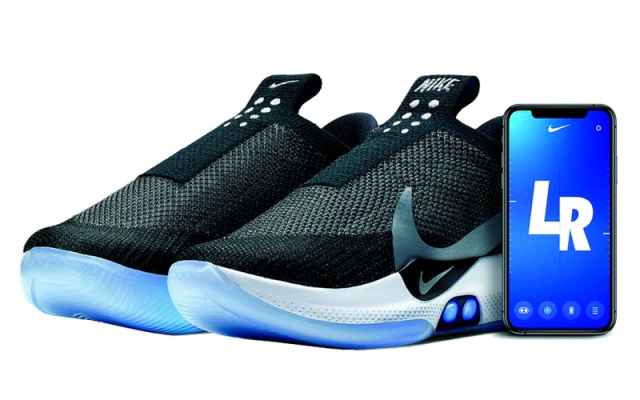 Nike announced the launch of a new smart shoe and promised to make it come true after the idea first appeared in the second part of the movie "Back to the Future."

This shoe is the latest version of the future footwear as it can adjust the position of the foot, narrowing or widening, through smart phones. Nike launched the Nike Bike shoe.

It is expected to be put on the market next February after being targeted at basketball players. "We deliberately chose basketball as the first sport on the Nike because of the special requirements that basketball players want." During the game, players' positions change, so there is a need to quickly change the position of sneakers, "explains Eric. Avar, innovation manager at Nike.