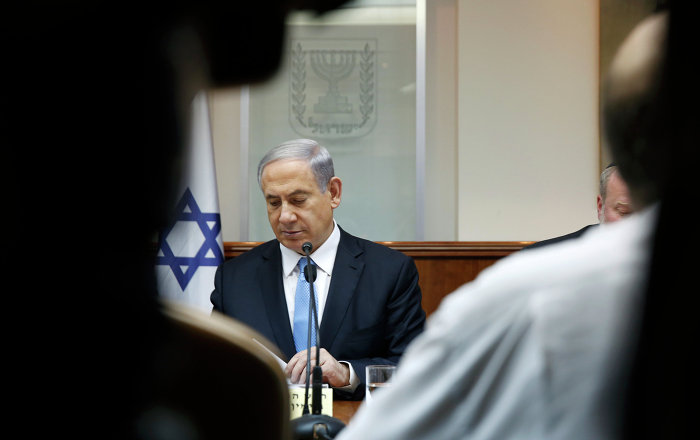 Israeli Prime Minister Benjamin Netanyahu has revealed on Tuesday that there are "clear and hidden relations with many Arab leaders."

"We have open and secret contacts with many leaders in the Arab world, and there are complex contacts between the State of Israel and most Arab countries," Netanyahu told a ceremony in memory of the Tallinn wreck.

"Very soon, there will be a major conference in Bahrain, we will greet them, the United States will try to achieve a better future – and solve the problems of the region, of course, the Israelis will be present," Netanyahu said on the official Facebook page. .

Netanyahu announced that the Israelis will attend the economic conference, which was announced by the United States of America in Bahrain on June 25 and 26, which is described as the first phase of the US peace plan that should be known as the " ".

On the other hand, the Israeli Prime Minister announced that "an unprecedented historic meeting will be held early next week in Jerusalem, will bring together national, American and Russian and Israeli security advisers."

"This is a very important summit that will ensure stability in the Middle East in a busy and sensitive period," he said in his Facebook account.

"In addition to the two peace agreements with Egypt and Jordan, we are strengthening our relations with other countries in the world," Netanyahu said in comments published on Monday. Arabic and Islamic. These countries are increasingly aware that Israel is not their enemy. On the contrary, Israel is a strong and strong ally who wants to secure the future of the region. "

US envoy Donald H. Trump to the Middle East, Jason Greenblatt, convened the Bahrain economic conference next week as the first part of the peace plan known to the United States for the long-awaited "century agreement" to resolve the Israeli-Palestinian conflict.

In an exclusive interview with i24news, Greenblatt emphasized the nature of the conference as a policy and stressed that since the Palestinian Authority chose to boycott the summit, Israeli government officials would not be invited as well, and other world leaders or foreign ministers from other countries would not be invited guests.

On June 25 and 26, the United States is expected to reveal the economic aspect of its Israeli-Palestinian peace plan, which has yet to be revealed. The Palestinian Authority announced that it would not attend the conference.

We have established clear and hidden relations with many Arab leaders and there are extensive relations between Israel and most Arab countries. There will soon be a welcome conference in Bahrain, which is a US attempt to achieve a better future and solve the region's problems. pic.twitter.com/800F5OmHno

The New York Times quoted sources as saying that the US peace plan to resolve the Israeli-Palestinian conflict, known as the "century agreement", will involve investing tens of billions of dollars in the West Bank, Gaza Strip and region.

According to the newspaper, the allocation of $ 25 billion to the West Bank and the Gaza Strip over the next 10 years, in addition to the $ 40 billion investment in Egypt, Jordan and perhaps Lebanon.

The newspaper said that other sources who spoke to US President George W. Bush's adviser, Jared Kouchner, said the data is not necessarily accurate, but stressed that "investments will reach tens of billions of dollars."

So far, Palestinians have rejected President Donald H. Trump's peace plan and announced they would not attend the summit, rejecting the plan as biased toward Israel.