Home / uae / My son's father "Fujairah Fire": I came back from work after it was too late.

My son's father "Fujairah Fire": I came back from work after it was too late. 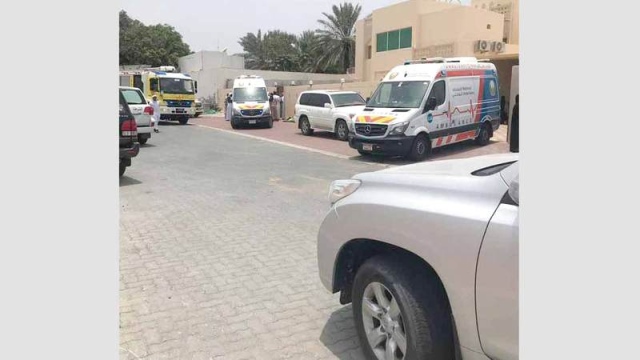 "I got a call when I was at my family's job informing me that there was a fire in the house and I immediately went home but after I left," said Rabea Salem al-Saidi, father of the two children who died in the fire, Hor 3 years) and Fahd (5 years). It's time, my little children were dying. "

"I called them in the morning before going to work and I did not think I would go back and found two bodies after they were caught in the fire, two weak kids trying to hide from the fire under the bed," said the father.

"I learned that my son was playing in his room at 10 a.m. When his aunt went out with them in the same house, the smoke rose from the room.In spite of his repeated attempts to open the door to take the two children out, as a result of the smoke and the intense heat resulting from the fire that made her seek her mother (children of Jeddah), a great woman. "

"Grandma found no solution to save my children except to leave the house quickly and beg the people I met in front of them in order to contact the civil defense to save the children from the flames."

He said the parents of the children came quickly to the house after receiving a phone call from his sister, who tried to save the two children, but could not.