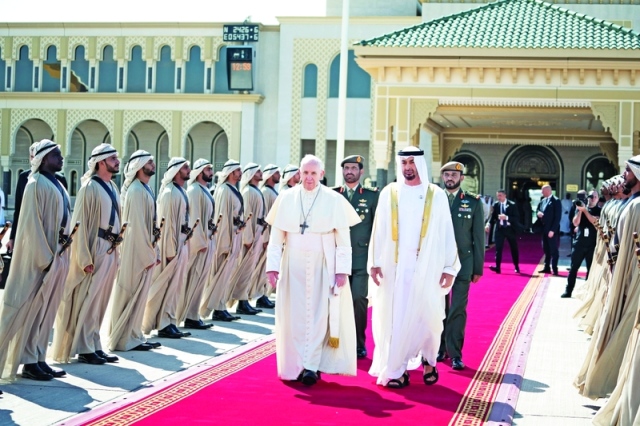 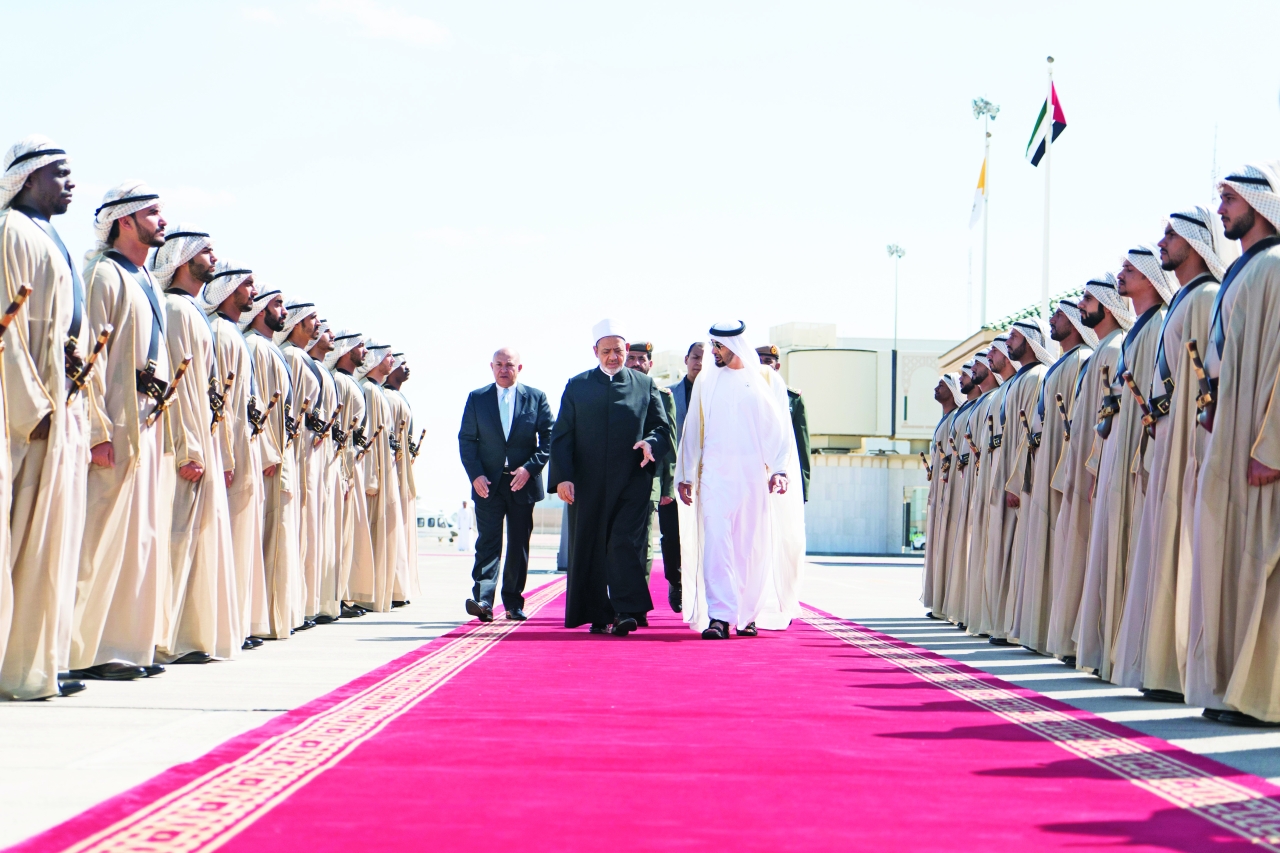 HH Sheikh Mohammed bin Zayed Al Nahyan said: "We extend our condolences to the dear guests of the UAE, Pope Francis and His Eminence Dr. Ahmed Al-Tayeb. This visit is a cornerstone in the development of human relations and dialogue between peoples and promote the values ​​of tolerance, love and hope, optimism and harmony among the peoples of the world. " 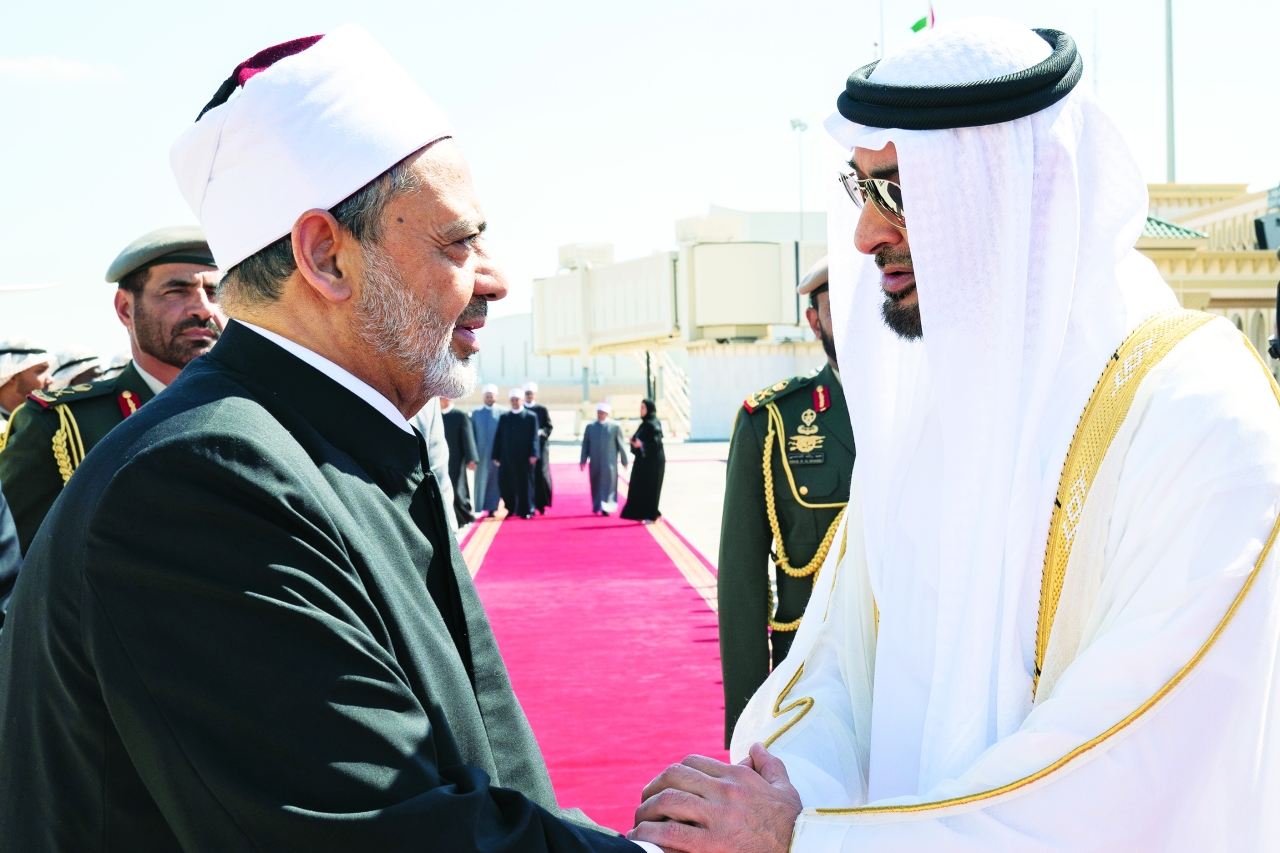 Pope Benedict XVI, pope of the Catholic Church and great imam of the great imam Dr. Ahmad al-Tayeb, Sheikh of Al-Azhar, left the country yesterday after a three-day visit to the country. Sheikh Mohammed bin Zayed Al Nahyan, Crown Prince of Abu Dhabi and Deputy Supreme Commander of the Armed Forces of the United Arab Emirates. 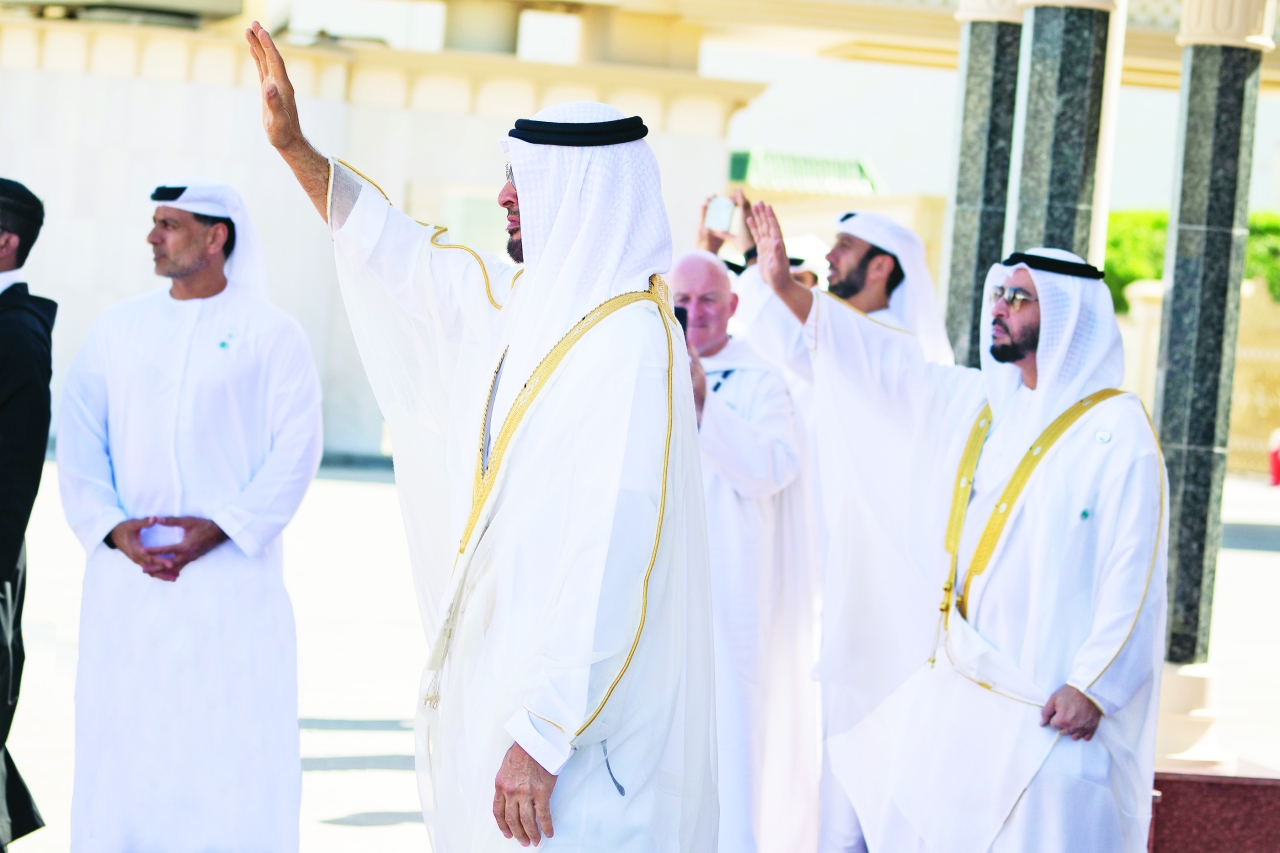 He expressed his thanks and gratitude to Pope Francis for his extraordinary visit and his enthusiastic participation in the various events and initiatives that accompanied the "Humanitarian Encounter" promoted by the UAE, praising their role in promoting the values ​​of tolerance and global peace and civilized human communication among peoples. Religions. 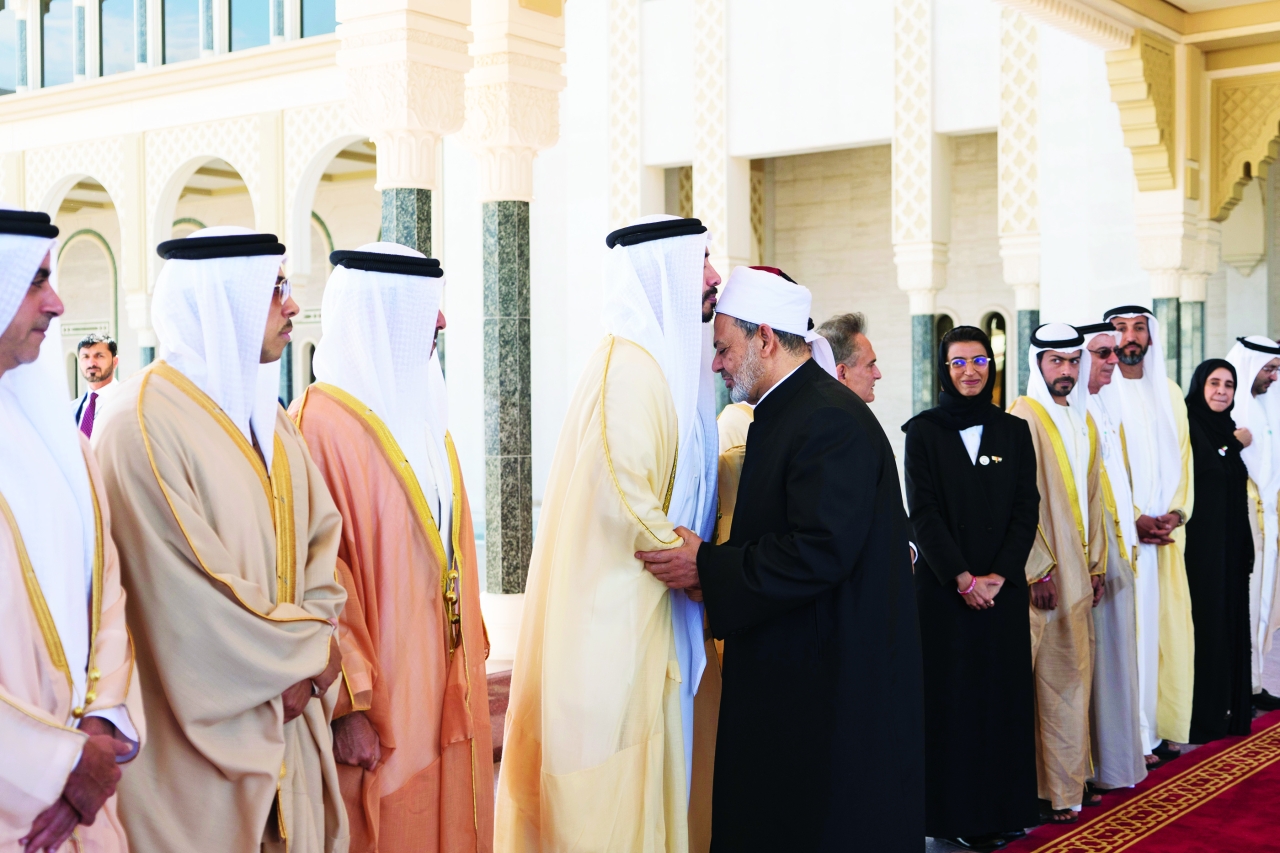 His Highness also praised the launch of the "Human Fraternity Document" signed by His Holiness Pope Francis of the Catholic Church and the Great Imam of the Great Imam Dr. Ahmad Al-Tayeb, Sheikh of Al-Azhar Al-Sharif, to promote and characterize human relations. 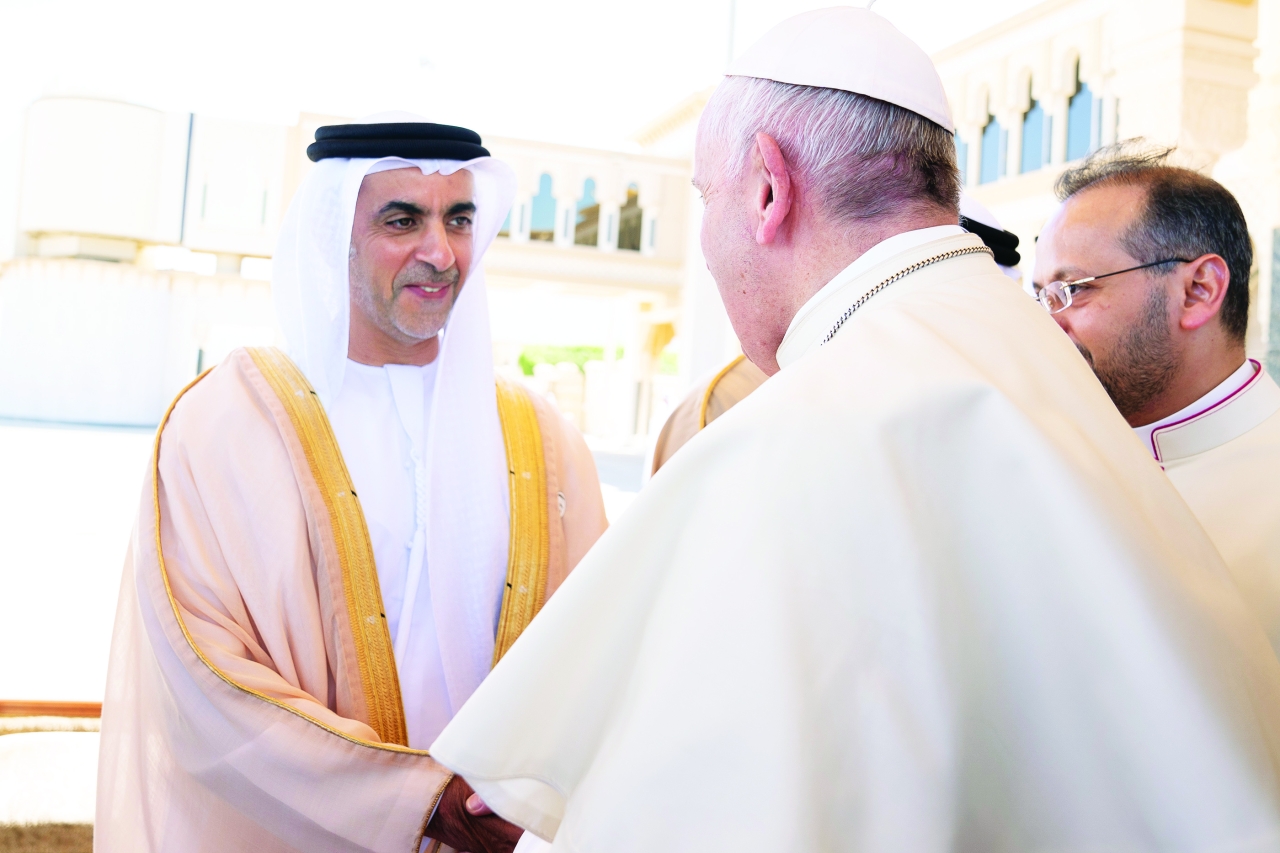 His Highness Sheikh Mohammed Bin Zayed Al Nahyan expressed his thanks and appreciation to His Eminence Dr. Ahmed Al-Tayeb, praising his sincere efforts to consolidate the values ​​of tolerance, coexistence, dialogue and reach of approach and cooperation between people of different religions and cultures. 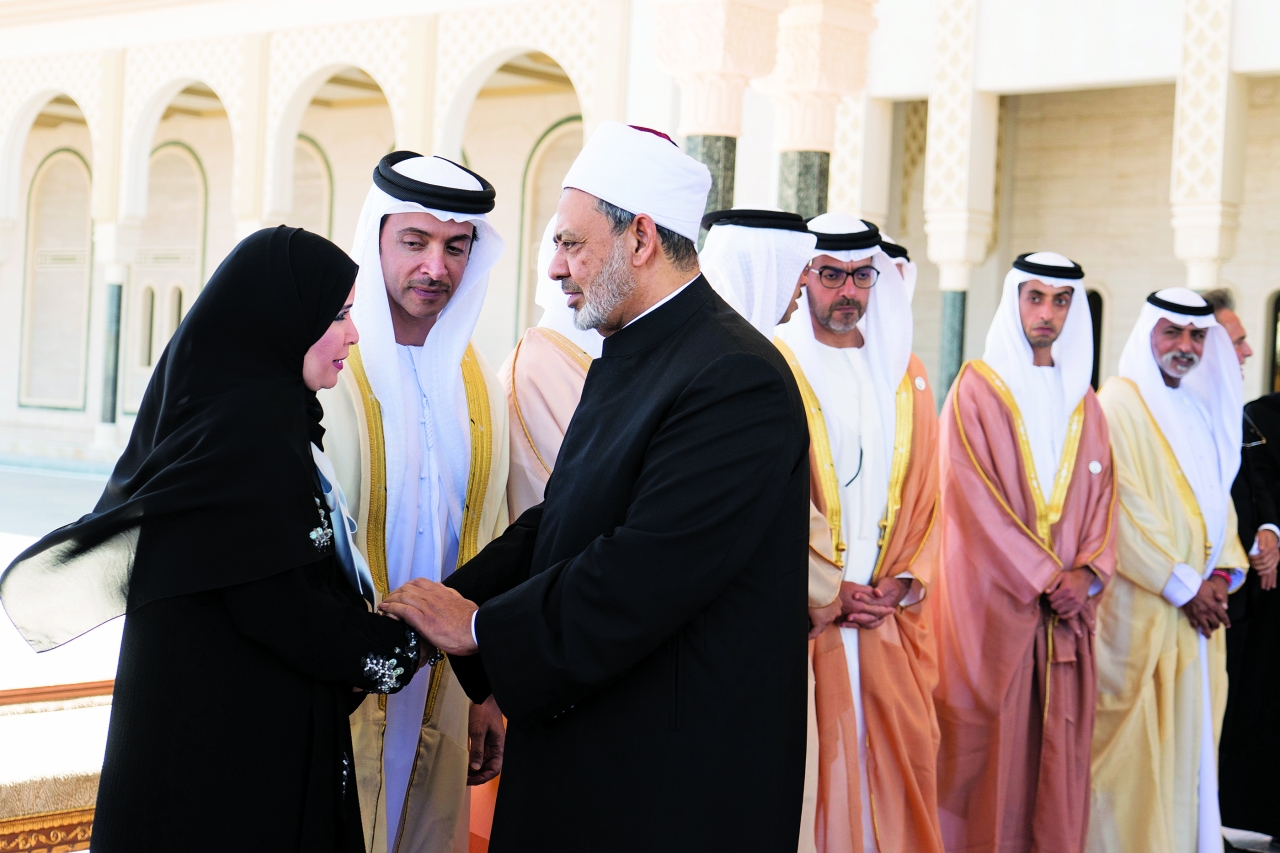 His Highness praised the role of the great imam in the realization of the "document of human fraternity" signed by His Eminence and His Holiness Pope Francis, the Pope of the Catholic Church.

That aims to strengthen human relations and build bridges of communication, harmony and coexistence among the peoples of the world and open doors of hope for a new stage in which the forces of good and love meet for the benefit of all humanity, pointing to moderation and moderation and affirmation of the common message of religions, calling for the coexistence and cooperation of hatred. And reject the other. 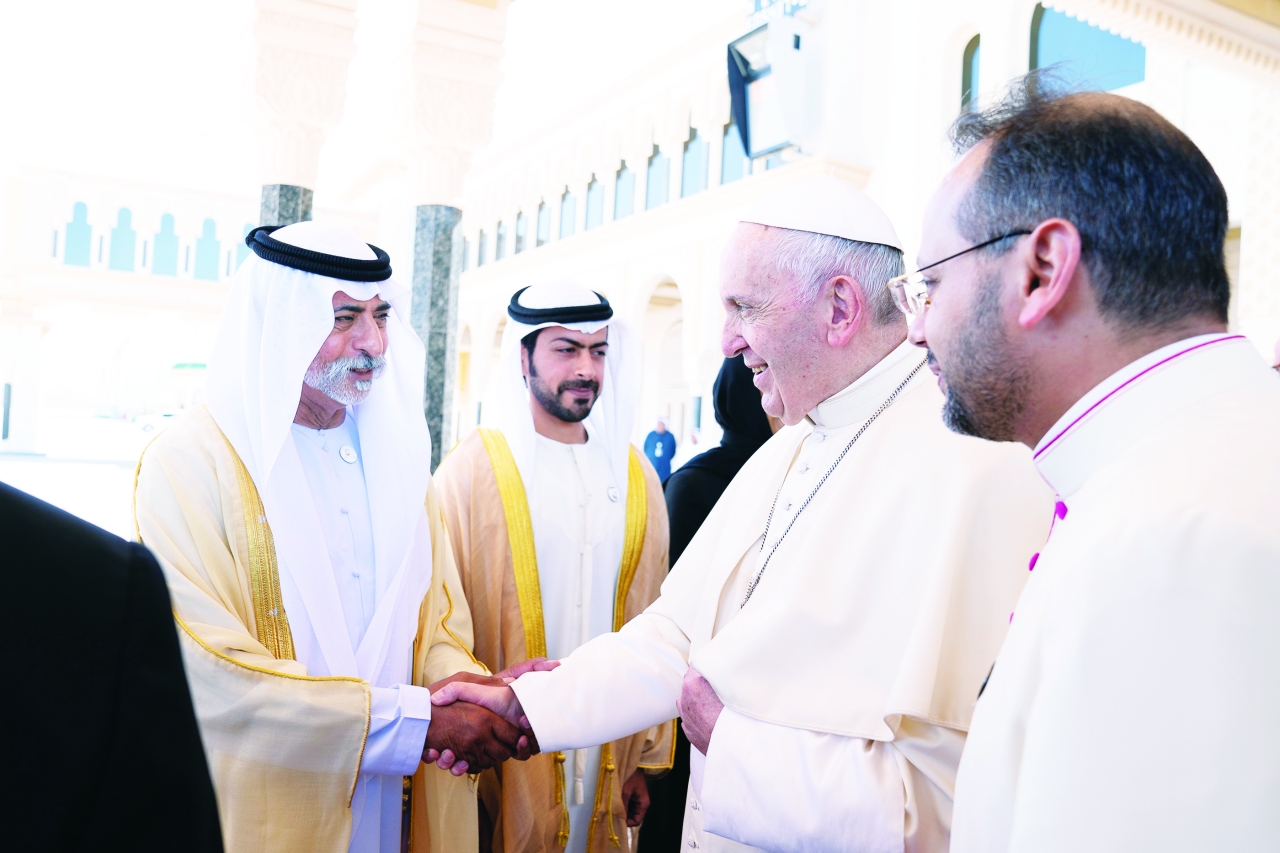 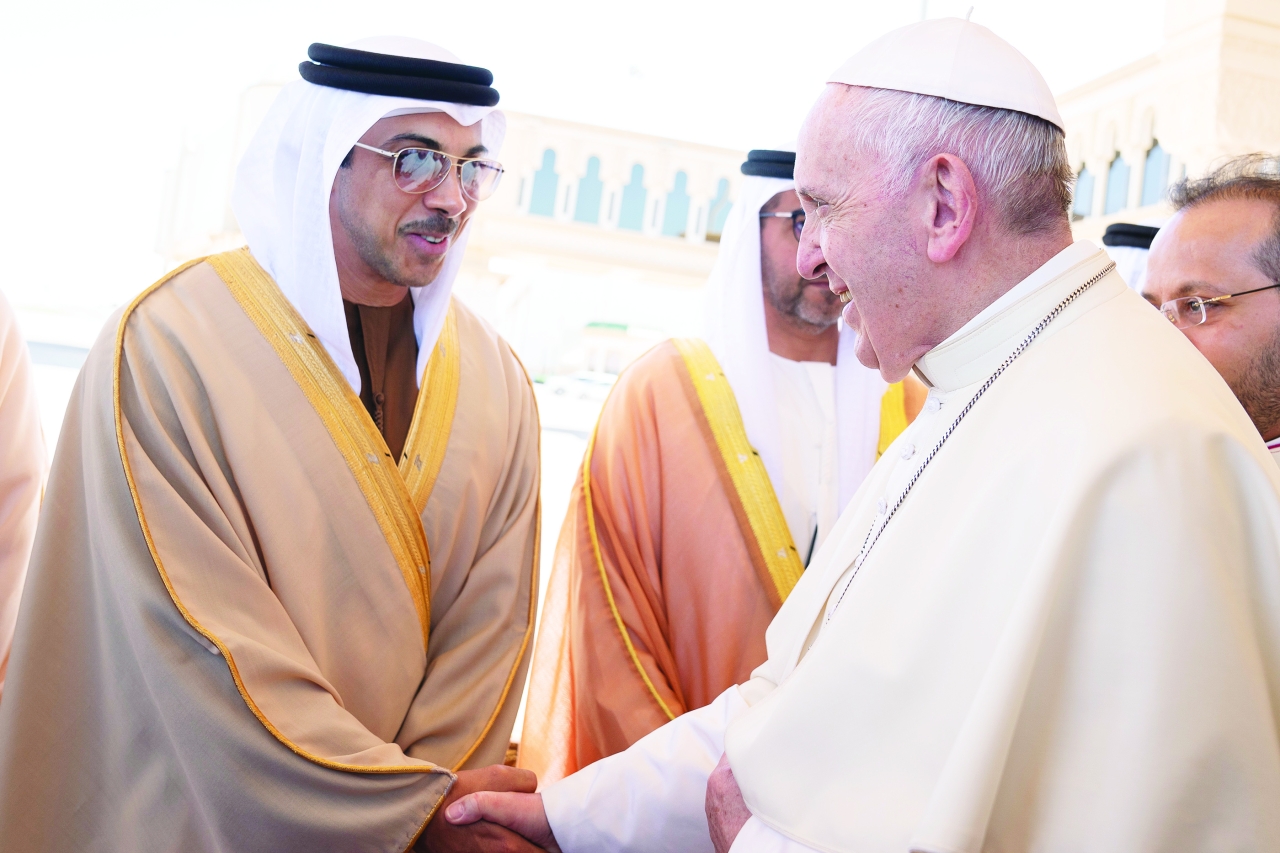 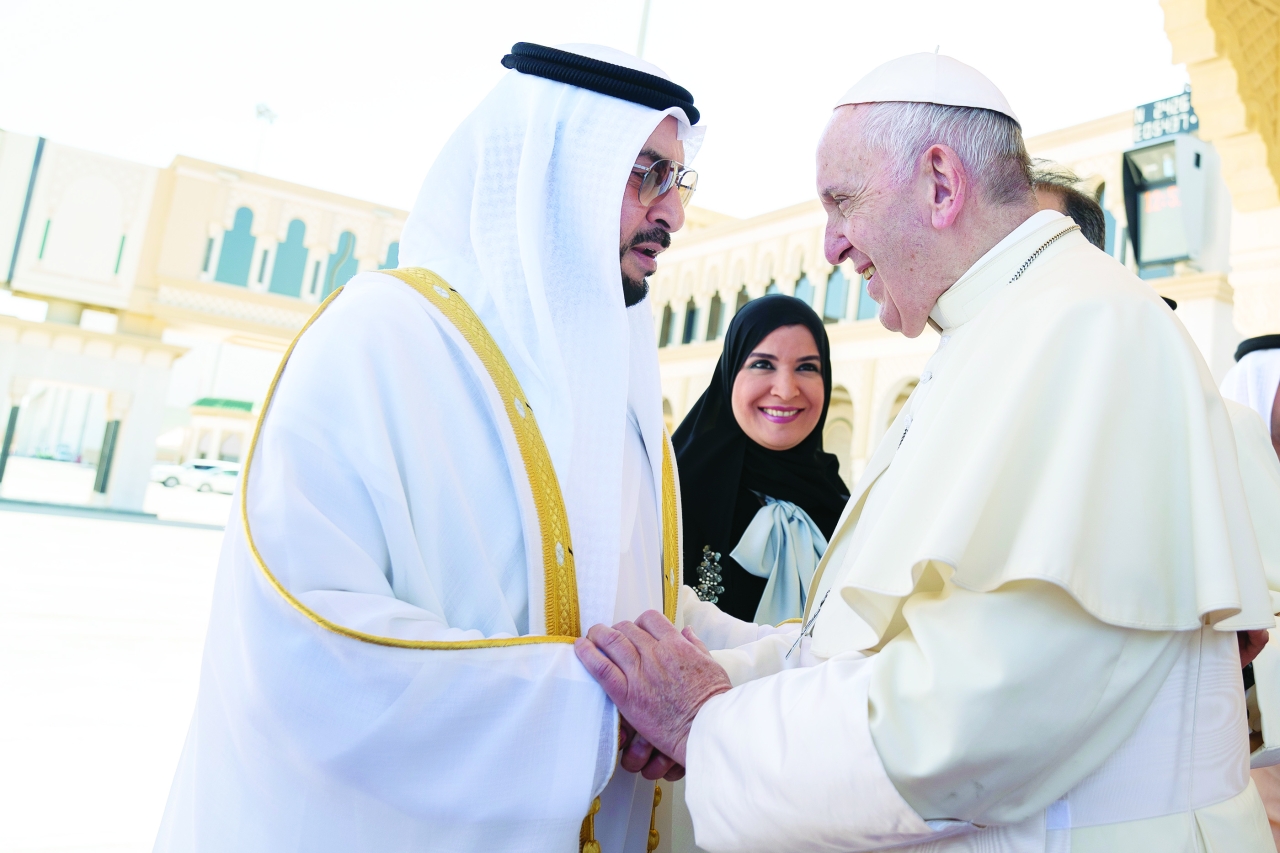 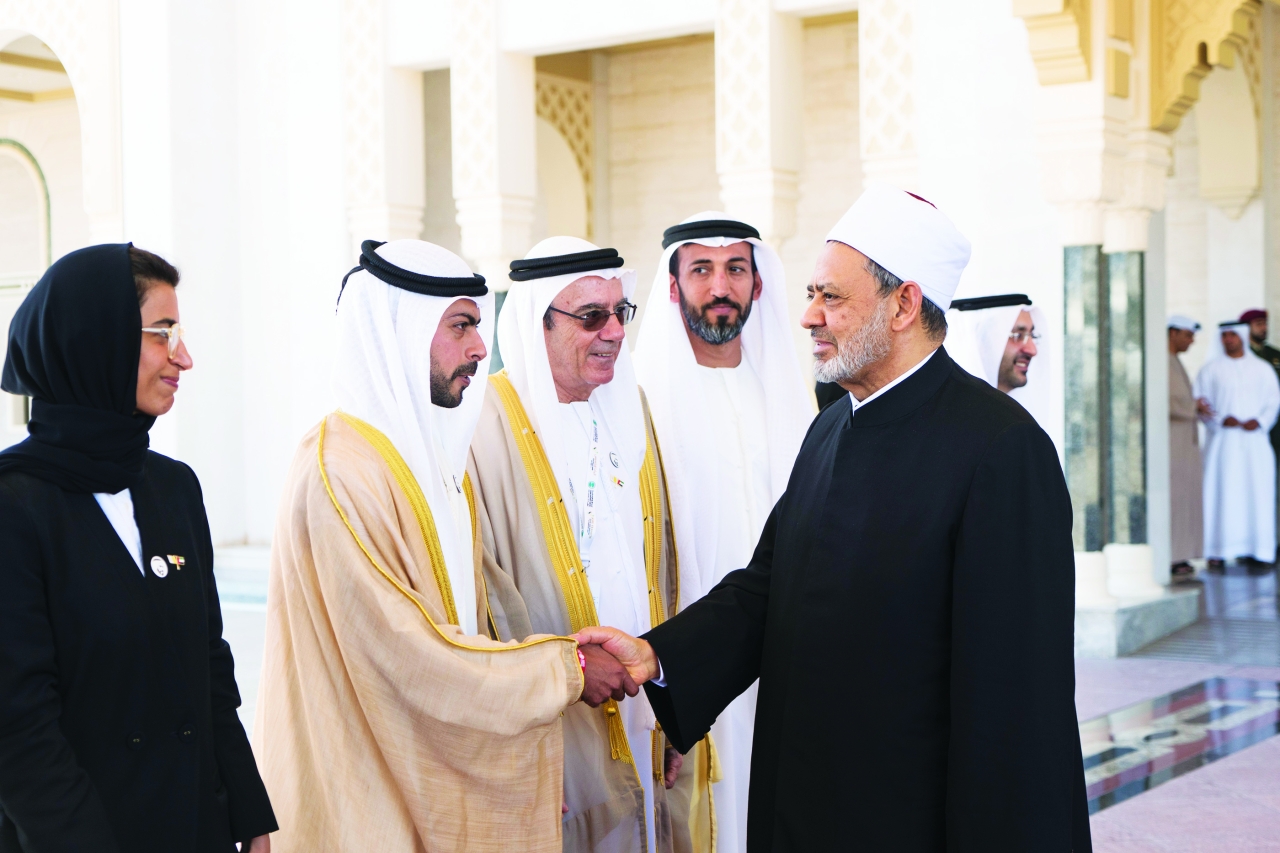 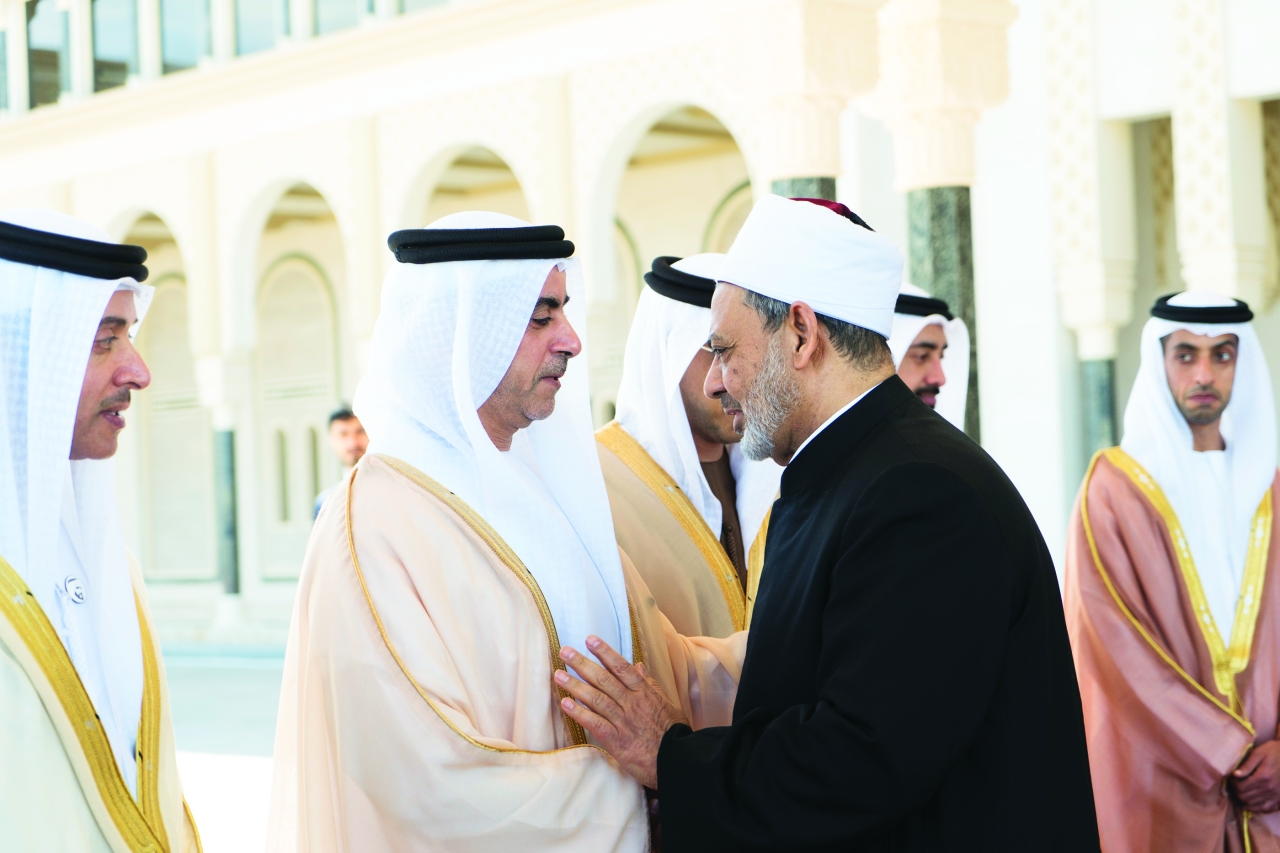