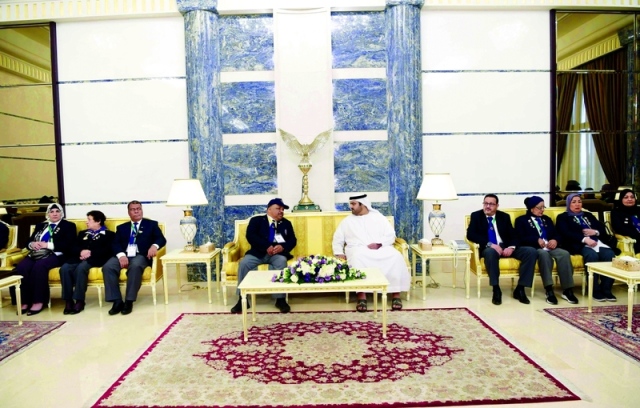 His Highness Sheikh Mohammed bin Hamad bin Mohammed Al Sharqi, Crown Prince of Fujairah at Rumaila Palace, received a delegation from the Arab Federation of Boy Scouts and Girls on Wednesday, which offered peace to His Highness.

During the meeting, he briefed him on the "Arab Communication Day", which will be held by the Emirates Pioneers Association from 3 to 12 February.

His Highness the Crown Prince of Fujairah emphasized the importance of the positive role played by the Arab Federation of Boy Scouts and Guides through their support for charitable and humanitarian projects. HRH commended the Federation's efforts to disseminate community awareness.