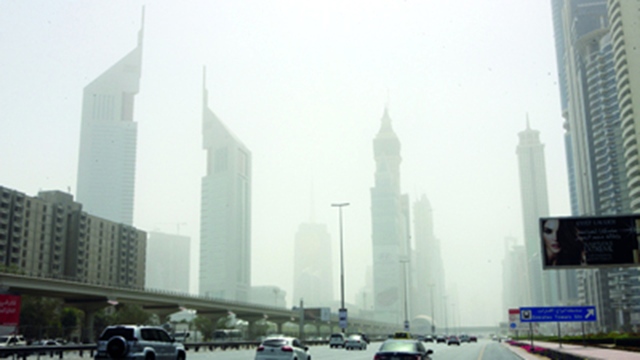 The National Meteorological Center (NMC) attributed the state of climatic variability, which is characterized by heavy rains accompanied by a significant drop in temperature in some emirates, to the confluence of two wind masses, one cold and coming from the sea, another hot coming of the earth, Cumulus which quickly turned into rain.

The center pointed to the United Arab Emirates that the country was exposed to strong north and west winds, which were laden with moisture and which joined other easterly winds, becoming two blocks, the first wet and cold, while the second was hot. Resulting in many cumulus clouds and condensation of moisture, especially with the presence of surface air pressure, the creation of drafts led to rains in various coastal areas of the state, started in Dubai and spread through the coastal cities of Sharjah, Ajman and Umm Al Quwain.

The center pointed out that sites that were subjected to rain during the afternoon and even before the sun yesterday also recorded a significant drop in temperatures above 10 degrees Celsius during the rains, and it is expected that these climatic fluctuations will be repeated during late for the sunset.

The National Meteorological Center (NMC) predicted that tomorrow's weather would be partly cloudy, sometimes with a few cloudy clouds in the afternoon. It would remain wet at night until Saturday morning in some coastal and inland areas with fog or clear haze. .