Launch of the Forum on Facilitated Tourism in the Arab Region 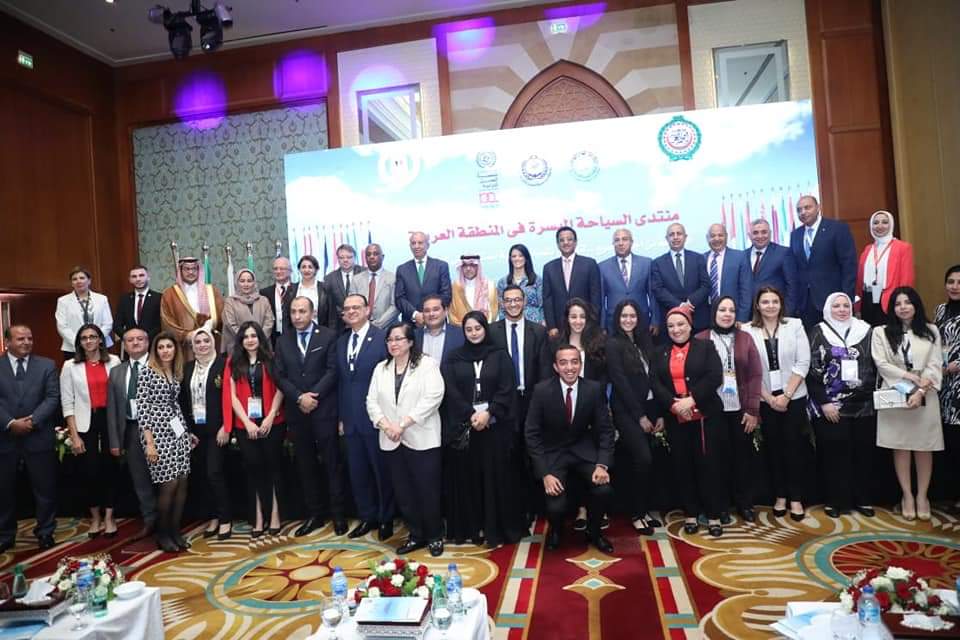 
The Facilitated Tourism Forum in the Arab Region, under the auspices of the Ministry of Tourism and the League of Arab States, was launched in coordination and cooperation with the Arab Tourism Organization, the Arab Academy of Science, Technology and Maritime Transport and the Organization International Labor Organization (ILO) at the invitation of Dr Rania Mushat. , To participate in the Forum and participate in its effectiveness, taking into account the importance of the sea province of Ahmrachiaia, and achievements during the previous period of exchange of external relations and the high number of tourists, and doubled the proportion of tourism works in the province.

The conference aims to raise awareness of the concept of smooth tourism and its social and economic benefits, and its effects on the development of infrastructure and services required in tourist facilities to be made available to all, and to identify pilot experiences in the application of light tourism , And how to benefit from the countries in the Arab region.

The forum comes in response to the decisions of the Arab Ministerial Council for Tourism which called for a tourism facilitation forum in the Arab region to raise awareness and exchange views and experiences on ways to remove the obstacles and obstacles faced by this segment , mainly for being faithful and frequent to the destination. Needs

The Forum is working to strengthen mechanisms for cooperation with international institutions, such as the International Labor Organization, through the reformulation and development of relations with these institutions, which includes the institutional reform axis of the structural reform program to develop the tourism sector .

The Forum sessions will discuss several important topics, such as the concept of smooth tourism in terms of vision and sustainability, through principles, tools and practices and applications and rehabilitation of facilities for the use of soft tourism, focusing on the importance of technology and innovation in serving hospitality through the application of artificial intelligence and cadre training to implement the concept of smooth tourism, The development and development of soft tourism in the Arab world and the role of Arab governments and the private sector in supporting and developing them.

During the opening session, a small sensitization film was produced under the auspices of the European Commission to clarify the idea of ​​smooth tourism and another film by the Arab Tourism Organization on indicators of smooth tourism in the Arab world, showing that around one billion of people in the world have a disability. Approximately 15% of the total population of the world, this important segment accounts for 10% of the total international tourism, and its expenditure exceeds 20% to 30% for the average tourist.

"Arab governments are making a great effort to remove obstacles for people with special needs, to enjoy the wonderful nature of their country, especially because their number exceeds one million people in the Arab world in 15% of the population," said Eric O & 39; Sullan, director of the Technical Task Force for Decent Work in North Africa and director of the International Labor Organization in Cairo. The Arab world.