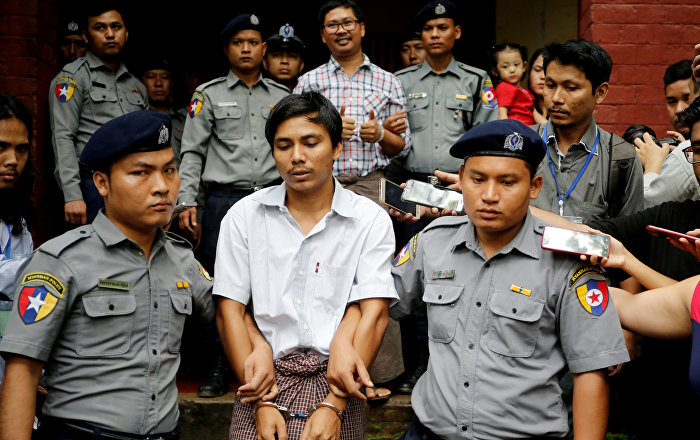 Reuters journalists who were arrested in Myanmar after being convicted of violating the Official Secrets Act were released from jail in the outskirts of Yangon on Tuesday after they were 500 days behind bars, witnesses said.

Wawlun, 33, and Chao Su, 29, were sentenced in September and sentenced to seven years in a case that raised questions about Myanmar's progress toward democracy and was condemned by diplomats and human rights defenders.

The Myanmar Supreme Court has rejected an appeal by Reuters journalists Walloon and Chao Su Oo who were sentenced to prison for violating the Official Secrets Act in a landmark case that raised questions about the country's transition to democracy.

"The appeal is rejected," Judge Su Naying told the court in the capital, Nipitao, without giving details.