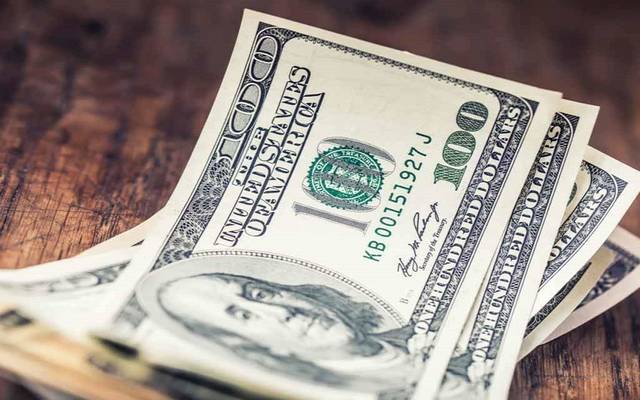 The relative calm of the foreign exchange market returned after the sudden jump in the pound's exchange rate against the dollar during Sunday's trading that saw an increase between 10 to 20 piasters in the value of the Egyptian currency against the US dollar.

Despite the performance of the Egyptian pound against foreign currencies in the official trading session of the banks, on Monday, the contrast kept the jump registered by the pound against the dollar..

Bank of Alexandria offered the highest price for the dollar at 17.76 pounds for purchase, and 17.86 pounds for sale.

The lowest Arab Bank price was recorded at 17.6 pounds for purchase, and 17.7 pounds for sale.

The dollar exchange rate fell by variable rates in several banks in the banking sector during yesterday's trading session, with values ​​ranging from 10 to 20 piasters..

This came days after statements by Egyptian Central Bank President Tariq Amer that the exchange rate will have more flexibility in the coming days..

The Egyptian central bank's official exchange rate fell by 20 piasters for sale and 22.2 piasters for purchase, recording 17.7697 pounds and 17.6303 pounds respectively on the Sunday trading session, compared with about 17.9743 and 17.8553 pounds on the fourth -market..

The Egyptian government announced last Thursday's official holiday on the occasion of the January Revolution and Police Day..

Tariq Amer said in statements to Bloomberg that the pound exchange rate may see more movement in the next period after the end of the mechanism to ensure the transfer of funds from foreigners.

Amer added that the Central Bank of Egypt is committed to ensuring the existence of a "free trade" market subject to supply and demand forces..

Since the liberalization of the exchange rate on November 3, 2016, the supply and demand mechanism is the basis for determining the dollar against the pound in banks operating in the domestic market..

The dollar is stabilizing while Fed results await

Egyptian lawmakers approve "reconciliation in the construction of violations" in principle

Egypt to increase registration fees for cars from July 2019

Egyptian decision to charge some fees for transport services