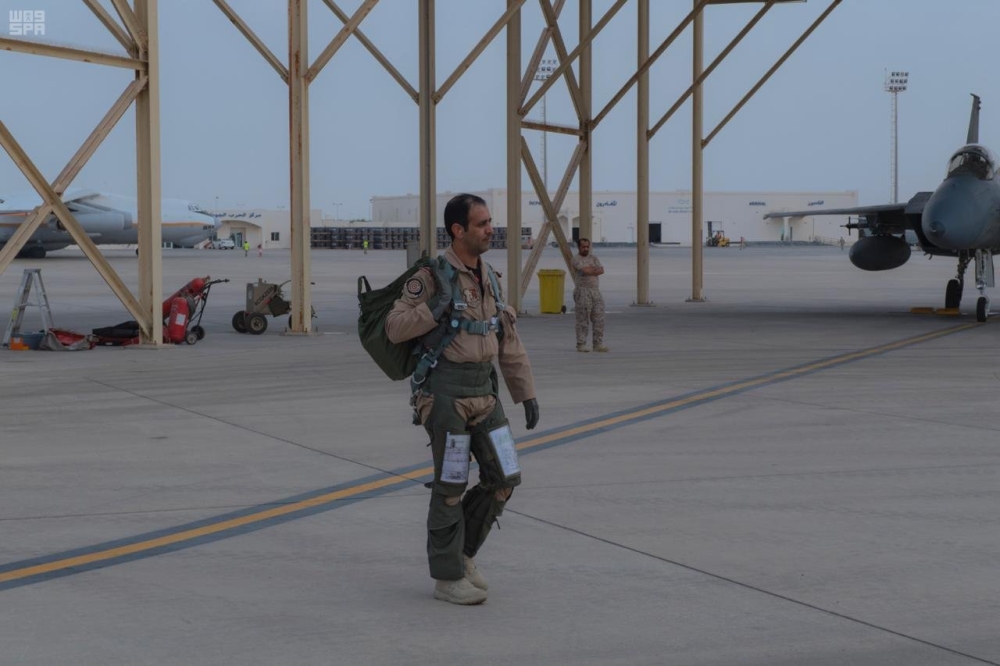 The 2018 Air War Center will continue its activities at the Dhafra Air Base in Abu Dhabi, United Arab Emirates and actively synergy with the participation of pilots with large participants and the Royal Air Force in Saudi Arabia will participate in a F15 C / D aircraft system . The pilots were presented in collaboration with their colleagues through the great work and new capabilities that this exercise has made, where the Air Force is involved in the development, development and strengthening of combat, technical skills and experience.

Practice is one of the largest maneuvers in the region, which enriches the longest and mutual reciprocal space and tactical know-how, aims to benefit from these experiences, to strengthen contacts, to co-ordinate and coordinate operations among the participating countries, to prepare for preparation and to prepare for aviation operations against the threat of the protection of vital interests, the fight against terrorism and the threats to the security and stability of the region. The Gulf and the Middle East.

Pilots of the Air Force have demonstrated their trust in their practice, their struggles, skills and technical abilities, as well as the high level that they have demonstrated in their military culture in their military culture, have long been proven and professionally carry out the necessary tasks and operations. Coordination, implementation and efficiency in exercising during the previous period.

General Abdulrahman bin Salem Al Suwailim (Operations Corner) said that the previous missions that are in line with the modern war were expected to gain more experience and to strengthen relations with friendly and fraternal countries.

Fahd Fawaz al-Harbi Archduke King Abdulaziz's base said that the exercises were fully implemented in the first two weeks, pointing out that in the coming days there will be air services, night operations and intensive exercises that will be successful for everyone and will represent a dignified face homeland.