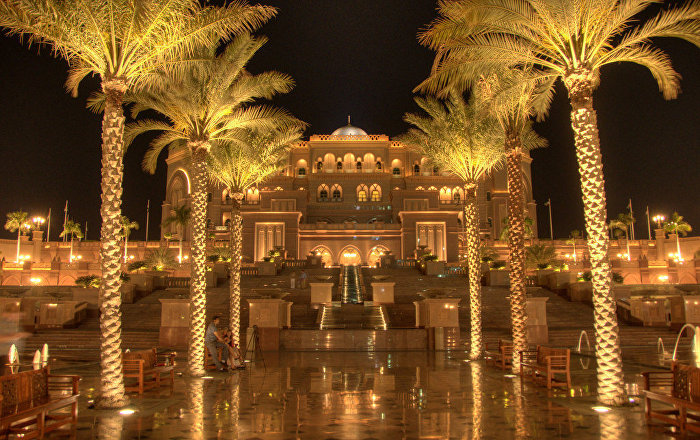 An Israeli writer wanted to attend the invitation of the United Arab Emirates businessman, Khalaf Al Habtoor, to normalize the Gulf states with his country.

The voices of reason in the Middle East and the Gulf are increasing and clamoring for normalization with Israel.

Why not?
The voices of reason in the Middle East and the Gulf are increasing and clamoring for normalization with Israel @AlsaeedFajer

Businessman from the United Arab Emirates Khalaf Al Habtoor @KhalafAlHabboor Calling States Gulf "For peace and cooperation with Israel economically and agriculture scientifically and defensivelyIsrael Not an enemy
Cooperation with it will benefit everyone. " pic.twitter.com/lUo1wypge9

UAE businessman Khalaf al-Habtoor urges the Gulf states "for peace and cooperation with Israel economically, agriculture, science and defense, why not?"

The UAE business man Khalaf al-Habtoor on Friday urged Gulf countries to cooperate with Israel economically, agriculture, science and defense, saying that Iran is the "biggest enemy" of the Gulf states.

Al-Habtoor predicted in a video via his Twitter account that his speech on this subject would expose him to "insulting and defaming". He said that Israel is "a country developed scientifically, economically and electronically, and there has been no economic strength and other things at the present time."

What should we expect if Egypt and Jordan are our neighbors, then why not make peace and be clear instead of hiding and not being clear?

Al-Habtoor called for "peace and cooperation with them economically, commercially, agriculture and even on the subject of defense and all these things and science."

They are better than others, our greatest enemy is Iran, not Israel, there is no need for praise and lies about ourselves, and even the Palestinians, more than 2 million of them have Israeli citizenship.

Israel has only formal relations with Egypt and Jordan, but its relations with some Gulf states, including the United Arab Emirates, seem to have improved recently as part of an implicit alliance against Iran.

Omani Foreign Minister Yousuf bin Alawi said earlier that the coming years would be decisive for peace efforts and called on Arab states to ensure that Israel could withdraw from the West Bank and Golan Heights without feeling threatened.