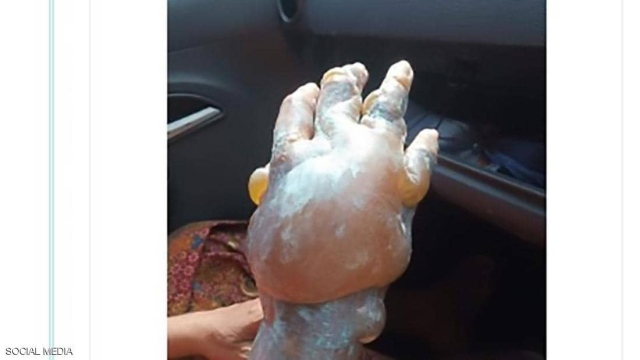 A Malaysian doctor posted a picture of a woman who had put toothpaste after being burned, her hand exposed to serious, swollen complications, and her condition progressing to rot and irritation.

The doctor, Camarol Arifin, advised against the use of toothpaste, saying that the ingredients contained do not help relieve the pain, even if the use of this product is common in many countries of the world.

According to Sky News, some of the cases that arrive at the hospital used other strange things to treat burns like eggs, flour and oil.

According to the British "Sun" newspaper, the person who burned resorted to cold water temperature between 15 and 20 degrees, so as to relieve the pain.

If the fire is large, ie the second and third degrees, it is worth the injured person to go to the hospital for treatment following the doctor's instructions.

The doctor warned people who have burns, remove the rash that grows above the skin, as this can lead to undesirable complications.

Doctors, who are exposed to fire, recommend that they quickly remove any clothing or accessories around the affected area.