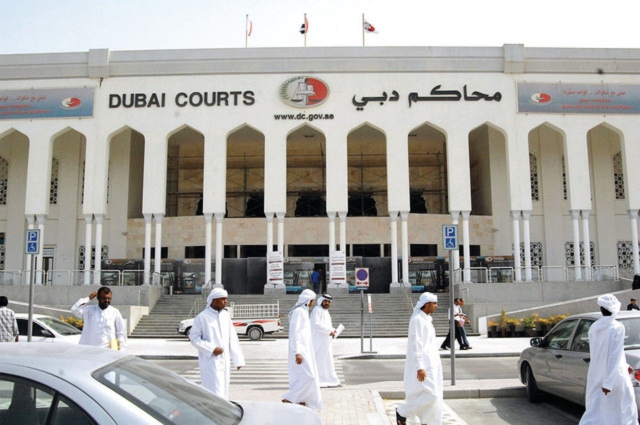 The Dubai Criminal Court (ICC) yesterday launched a trial of an African gang that attacked a car with axes and knives and assaulted its driver, security guard and other official and stole 265,000 dirhams from a foreign exchange firm in the second Muhaisana district.

In this case, gang members, nine of them aged 22-35 and one of them fugitive, explored the concern of the money transfer vehicle operators in receiving money from the exchange company on the same day last July. They attacked them with white guns, attacked them before they could steal the bag of money they had just received from the company headquarters and left the scene with a car waiting for them on the spot after the front structure of the transport vehicle was destroyed by a knife. Transfer of victims To the hospital for treatment.

Surveillance cameras, after being analyzed by police who stepped in after hearing the agency's agency alarm, indicated that the defendants were monitoring the site before the crime was committed.

According to a Public Prosecutor's Investigation Police, the stolen purse was found empty 500 meters from the crime scene. The search and investigation of the criminals indicated that they used a car stolen from Sharjah and fixed it on the car they used to flee . Residents of the Emirate of Ajman to be arrested after taking the necessary procedures and agreements with the Ajman Police.

At the time of the arrest, the accused admitted that the fugitive was planning to carry out the crime because he was a security guard in the same area, had information on the places and times of the transportation of the vehicles, noting that they had arrived in the area two weeks before the crime been committed. And on the day of the incident they met in the Emirate of Sharjah and handed out papers to each other before they came to the crime scene with two cars and executed the crime of robbery as planned.