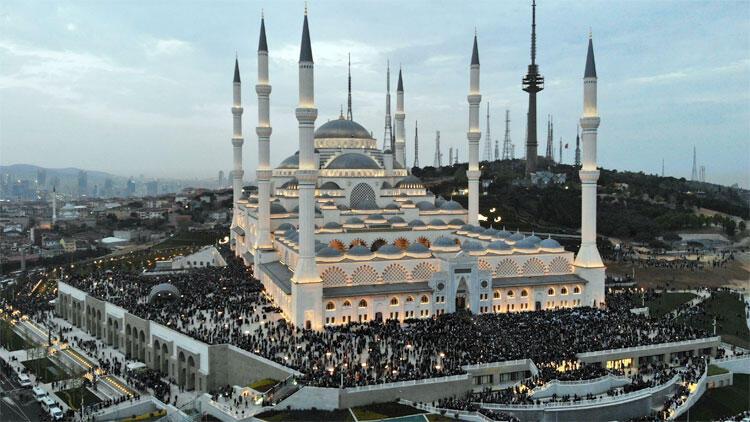 The Büyük Çamlıca Mosque had a historic crowd. Thousands of citizens gathered in the Buyuk Camlica Mosque during the morning prayer in the Office of the Mufti Provincial of Istanbul. The mosque was inside the mosque and could not find a place in the inner courtyard. Those moments were seen from the air.

The Religious Affairs Presidency and the Mufti Provincial Office in Istanbul gathered thousands of young people in the Büyük Çamlıca Mosque during the morning prayers. gigantic complex that has the distinction of being Turkey's largest mosque, rancor resentment by young people and citizens of all ages gathered for the morning prayer was filled. Frequent announcements were made about the difficulty of finding a place for citizens who wanted to pray in the morning. The community inside the mosque and the inner courtyard, the prayer in the outer courtyard stopped. The historical crowd in the mosque was seen from the air by the UAV.

Uz We will meet our youth in the Great Mosque of Camlica, in the morning prayer, and announce the event. Dr. Ali Erbaş also attended. At the end of the prayer Dr. Mayor made a speech to the citizens.