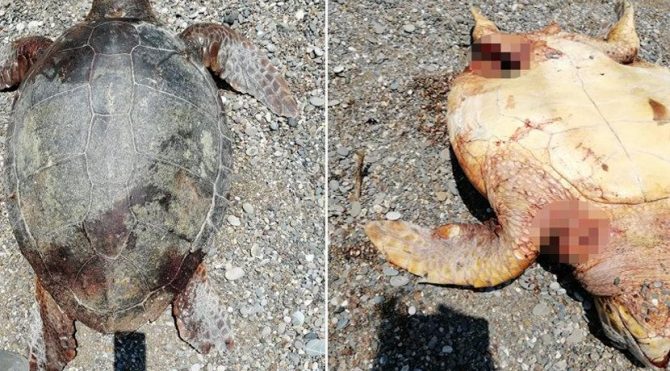 Canpolat stated that they found caretta caretta, who was stabbed to death in the same region and said: "I do not understand that kind of logic. Image very sad. How people shoot an animal. These are endangered animals.

Ali Fuat Canpolat said that the death of turtles that hit the beach is a sad situation.

"In recent years, more and more dead turtles have hit the shore and we do not understand the cause of death. But about a week ago we found caretta caretta dead with an rifle and a knife. People must be crazy, what can they do? Let's make peace with nature. Belek nesting region of caretta caretta, but we do not know the value of it. We have to make it worth it. People do touring with pelicans, why do not we know the value of turtles? They are also very important for tourism. " one