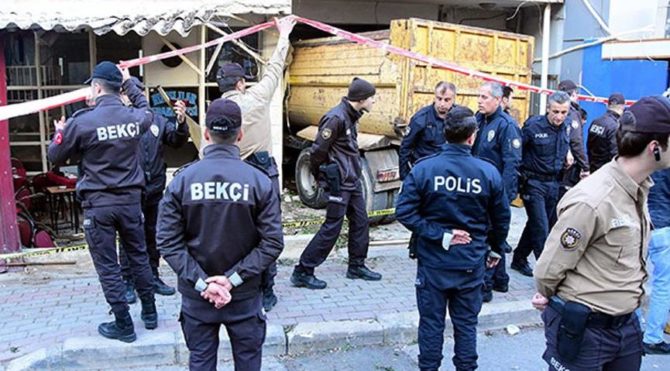 The accident occurred at 6.30 pm in the neighborhood of Onur. On sloping street 7399/17, board 06 EB 499 was loaded with sand and the truck was loaded with brake. The truck, whose name is not yet known, came under the control of the driver, 7371 Street. Health, police and fire brigade were dispatched to the region with notification of the noise of the neighborhood that heard the noise.

The number of deaths in Gaziantep has increased to five

Firefighters removed from the cafe, the first intervention of the medical teams was removed to the neighboring hospitals. In the accident, found in the coffee house and relatives found that Kucukdemir Haki Küçükdemir Hasan Küçükdemir lost his life, among which 6 people were injured in the driver. While the treatment of the wounded was taken to the hospital, police began an investigation into the accident.

Traffic flow could not be provided because neighborhood residents gathered on the street. 1.5 hours after the accident on the street with the police intervention returned to normal transport. DHA