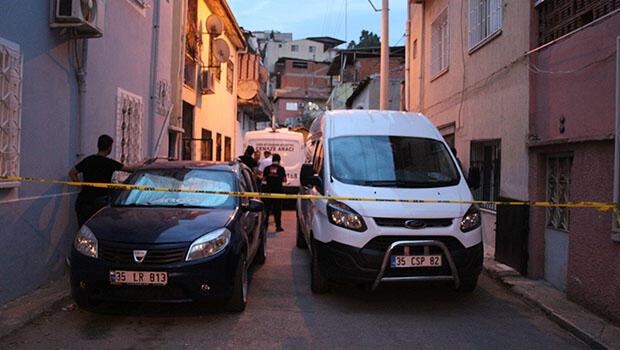 Yesterday at 19:00 rows in the village of Çiğli Köyiçi neighborhood occurred in the incident Göksel Sağlam, divorced wife Habibe Agile and her former sister-in-law Fatma Akdag killed by gunshot. At the time of the incident and survived the incident at home and unharmed mother Hatice Cevik, the moments full of fear in the security statement, the Göksel Scott murders committed in front of the eyes of two children, he said.

DEAD IN THE EYE

Habibe Cevik divorced his wife constantly received threatening messages, Göksel Sağlam constantly disturbed Habibe Cevik went to a women's shelter found in Denizli. Habibe Cevik, who came to see his children some time ago, wanted to start a new life in Denizli, Hatice Cevik said he found a job and a house in Denizli and would return to Denizli a day after the event. .

After the incident, the Police Department of Çiğli district captured Göksel Sağlam, who was captured after the chase, which lasted about 5 minutes by teams and said he did not regret his statement. On the other hand, Scott Menemen's Open Prison and Execution Institution, after leaving Habibe Cevik on the last day of the permit, apparently killed.

Göksel Scott, captured by police crews, was transferred to the court after security operations. Scott was arrested by the court.