An interesting incident occurred during the counting of votes in Muratpaşa, Antalya. In the local elections in Antalya district, Demirtas district in Demirtaş 2112, the legendary legend president Süleyman Seba and former soccer player Pascal Nouma are already voting. In the district high school in the district of Muratpaşa 2497 in the "BEŞİKTAŞK" polls for candidates of the candidate was voted.

In Antalya, one million 708,000 voters cast ballots in 5,457 ballot boxes and there was an interesting ballot box. At the district high school in Muratpaşa district, 2497 at the polls, "BEŞİKTAŞK" in the Metropolitan City candidates, the vote and ballot box were invalidated by the second case in Alanya. 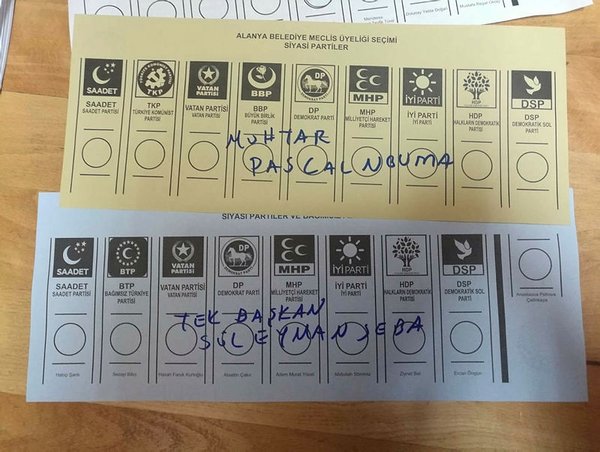 At voters 2112 in Demirtaş district, a voter voted for CHP candidate Muhittin Böcek to the Metropolitan Municipality of Antalya and the "Mayor Süleyman Seba" for the candidates to Alanya Mayor and the "Muhtar Pascal Nouma" for City Hall scrutiny.

The voting was considered invalid by the other two ballot boxes.