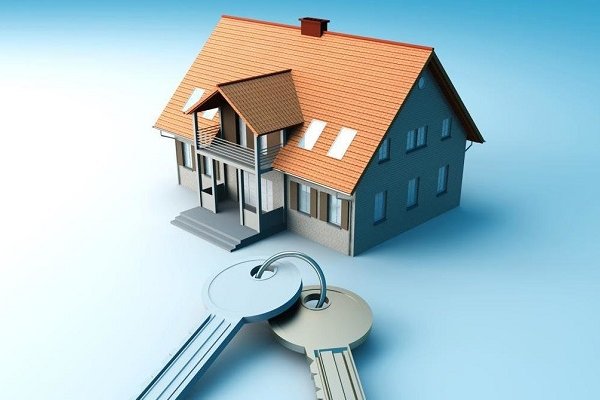 GYODER Turkish Economy Bank (TEB) to prepare the world and economy of Turkey with the contribution of basic macro-economic indicators, figures of the intra-industry important information production up to several transfer statistics "indicators GYODER 2018-3. published.

According to the report, sales of developer companies, in the second quarter of the year, 51.5 percent occurred. This figure was 26.4% in the previous quarter. One of the factors that played an important part in the rapid increase in deed sales was the rapid increase in housing finance rates.

Annually about 1.4 million households that changed hands, 650 thousand new housing needs due to demographic reasons of which lead in Turkey, began sitting in a slow real estate market balance.

In the period January-September public housing changed hands in the 1000000-2000 391 Turkey. Of these houses, 256 thousand 283 came from mortgages and 746 thousand from other sales. In the same period last year in Turkey 1 million 30 thousand 728 residential units sold, the number of mortgagee sales of 363 thousand 227 units, while other sales had been 667 thousand 501 pieces.

The increase in the exchange rate in the third quarter had a positive impact on the purchase of foreign homes. The real estate sales rate for foreigners, which was 6.1% in the first quarter of the year, reached 8.5% in the second quarter and 12.8% in the third quarter.

Sales of housing for foreigners, sales of housing for foreigners in the 9 months of the year compared to the same period of 2017 increased 58.5 percent to reach 24 thousand 155 units. In the same period of the previous year, this number was 15,123 units. In the first half of the year, a housing lending campaign of 0.98%, under the leadership of state-owned banks, gave the industry a boost. As of September Emlak Konut REIT started under the leadership of the campaign "save time for Turkey", he has also seen considerable interest. High interest rates on housing loans have led to increased demand from contractors' campaigns.

With the introduction of 85,888 square meters of new offices in Istanbul in the third quarter, total supply increased to 6.08 million square meters. During this period, the unemployment rate was 24.62%.

The number of shopping malls reached 448

Turkey in 2017 year-end shopping centers with a total number of 429, reached 448 by the end of October 2018. By the end of 2018, this number is expected to increase to 488 with new shopping centers and leasable area total exceeds 16 million of 352 thousand square meters.

As of the end of the third quarter, there are shopping centers in 63 provinces. 18 provinces have not yet met AVM. However, the number of provinces that have not met the mall in the next two years is expected to fall to 16.

The cities with the largest number of shopping centers were Istanbul with 145, Ankara with 38 and Ankara with 28. While the total stock of the leasable area is 13 million and 326 thousand square meters, Istanbul accounts for about 39% of the total stock.