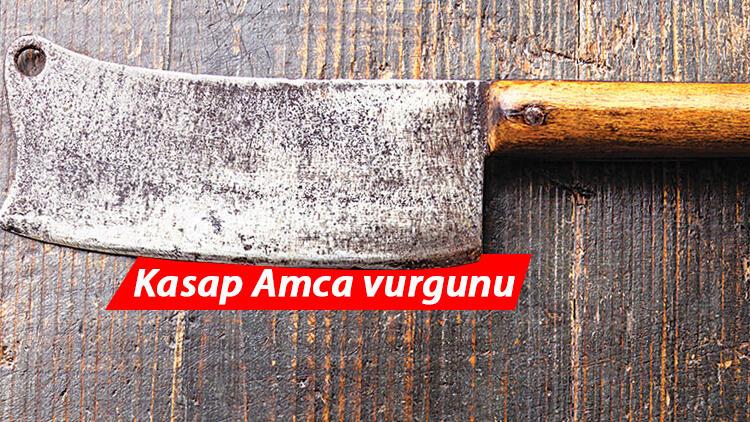 TURKEY coming from meat prices in recent years, one of the most debated issues. The rise in meat prices also led to the emergence of some fraudsters. It is alleged that a company established in Istanbul Sancaktepe, near 20 companies near 50 million pounds of meat wholesaler. According to allegations of large amounts of meat to make the purchase of the company, meat, wholesalers, "Uncle Butcher" will establish a chain of stores, he said. To give confidence to the meat wholesalers in the first place, the company paid the meat money they bought in advance, and then began paying the money by making larger purchases of meat. Checks on the trade made by the front companies began to be unrequited. After the bottomless checks and unpaid money, the meat wholesalers gasped at the prosecution's office.

Mahmut Çelik: I've traded beef 30 years ago and got 600 tons of meat. I can not buy a pound of meat at my house.

One of the names that applied to the Office of the General Procurator of Anatolia of Istanbul on the allegation that he was deceived, Mahmut Çelik (55), who also trades wholesale meat. Steel traded meat 30 years ago, according to the file in the prosecutor's office, which he knew many years ago, involved in the Cahit D. beef trade was searched. Cahit D., Sancaktepe's of Donuksa Food is working in a company that is doing large-scale meat trade, he said. Steel arrived in Istanbul at the invitation of Cahit D. Çelik, who went to the company in question, and found the names of Hamit A., Yusuf A. and Faruk D., who presented himself as an employee of the company. Steel began to provide meat from the market after the negotiations, began to buy animals from several provinces.

Each week, 25-30 tonnes of carcass meat were delivered to Donuksa Gıda. The trade started in late 2017 lasted until January 2018. Steel, meat delivery at the beginning of the money, but after a while began to suffer payments. He received checks when steel demanded payment. 27 million pounds of meat in total steel sales, 8 million pounds, but the remaining money was not paid. When the checks were not matched, Çelik asked the prosecution. Expressing that on December 4, which passed through the Organized Crime Section of Istanbul, Çelik said that the people who betrayed them were organized in an organized way and other companies were deceived by the same people.

Donuksa Food, which switched hands in the handshaking process, was locked up and a large number of employees were unable to earn their wages.

3 MILLION TL DO NOT PAY

Bekir Gümüş (51), who testified under the investigation, told him that Cahit D. had attained a common knowledge. Gümüş tı Hamit A. said that they wanted to do a new project. Edi Uncle Kasap said that they would outgrow the meat shops they would call. Firstly, they will open 20 shops on both sides of Istanbul. He said he wanted to work with me as a supplier on this project. Initially the delivery of the meat was delivered to the silver stating that, after a while, the payments began to be deducted. 3 million pounds did not receive silver payment, Silver, 20-year-old company failed to get the money dragged into bankruptcy said.

In the process of defeating MAHMUT Çelik, Hamit A. Yusuf A., one of the names he interviewed with Çelik, was a General Attorney Bakirköy. He did not want his name to be written and said … These men used this conversation with us to do these scams. It is clear. I will also tell you what I know if the court applies to my testimony.

Hamit A., Cahit D., Ibrahim A. and Mustafa K., among the names accused in the statements made in the prosecution investigation. (from left to right)

"We are not distracted"

Hamid A., who was charged in the INQUIRY statements, said the allegations against him did not reflect the truth, while Cahit D. claimed that it had nothing to do with allegations of fraud. One of the defendants Ibrahim A. said that I did not cheat anyone. I gave the goods, but I did not receive my money, he said furiously. It was determined that Donuksa Gıda, who received hundreds of tons of meat, was locked at the door after a while. According to the investigation file, among the companies used as façades, it was alleged that there were also R. A. Gıda, E. Meat and Meat Products, in addition to Donuksa Gıda.

WHAT HAPPENED
After whistleblower whistleblowers in several provinces, such as Malatya, Adana, Konya and Amasya fall into the trap of SCIENCES, the Public Prosecutor's Office began an investigation into the purchase of hundreds of tons of carcass meat from fencing companies. We came to meat wholesalers who claimed to be deceived as Hürriyet. Here are the statements made by wholesalers claiming they were cheated:

"MY CHILD IS DOING '
DOLANDIRICILARA 600 tons of meat close to meat that expresses Mahmut Çelik, My company went bankrupt. I've been a meat dealer for years and will not earn a kilo at my house. A week ago, I got a job at a meat company with a minimum wage. The people I buy animals are pushing me. People started to shoot each other. I lost everything. My farm is for sale. I even gave my brother's animals in return. My company is 30 years old. My two sons looking at the farm have a daily wage of 50 pounds. My daughter borrowed a loan of £ 100,000. With that money, I'm trying to save money by tracking bandits.

I DO NOT GO HOME FOR A YEAR.
Idris Göl, a meat wholesaler at MALATYA, said: "My life was officially decided. I have not been home for a year. I'm always trying to save my money. 500-600 pounds left. Dozens of people were arrested. They are doing this in screen companies. Your checks are not correspondences. Not just meat, some companies from the hundreds of trucks that were stolen, "he said.

Ş BORCA PROVIDED ANIMALS
Yusuf Özgentürk, who was the creator of ADANA, claimed that they were vouchers for the animals sold, but that the checks he received were not matched. We sell existing animals for debt. There are still debts that need to be paid to Hal.

The bread was
Emin Ekmekçi, who used to be ADANA's slaughterhouse, said: "These people destroyed Adana's meat market. People could not trust each other." These people, including Hamit A. Yasar E. Yusuf A., made us unhappy. We have been trading for years with Mahmut Bey. They needed that man for bread, "he said.