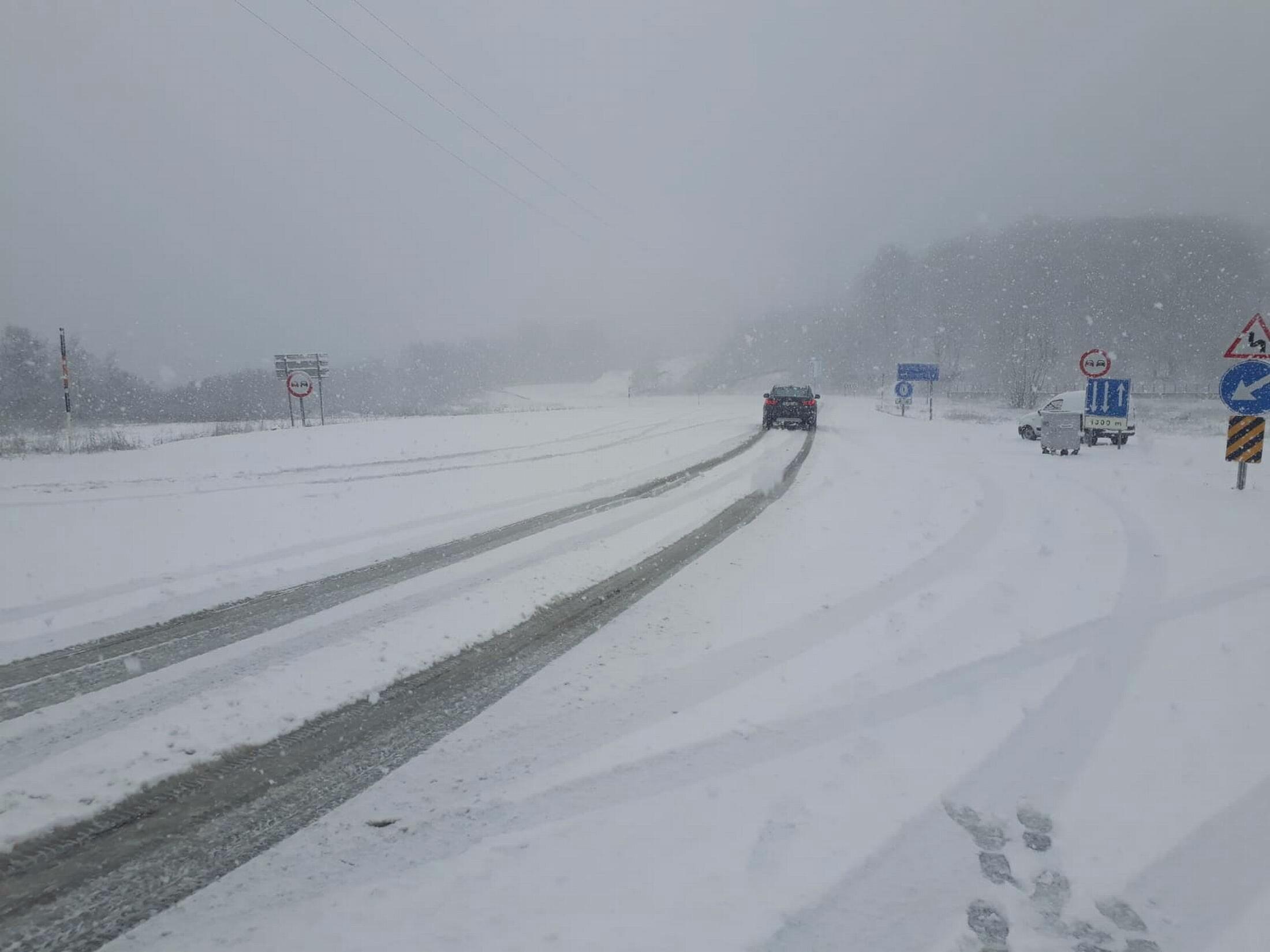 Thrace blizzard, noon of the Bulgarian border entered. Starry effective rainfall in the mountains after the snow in the highest parts at the same time find 10cm, while in Turkey Derekoy of the Gates of the Siege providing access to Bulgaria reached 7cm.

Officials of the highways, Dereyköy Border Gate and mountainous areas to go to drivers established without snow tires and warned to use chains.

Meteorology officials said that the snow will last until midnight.

It is expected to be rainy in the Aegean, Mediterranean, Central Anatolia, Black Sea, East and Southeast regions of Anatolia, except in the western part of Marmara.

According to the announcement made by the General Directorate of Meteorology, rains, usually rains and showers, the Mediterranean coast in thunderstorms, the high points of the interior of the Mediterranean, the eastern parts of the Black Sea, Eastern Anatolia and Kirklareli, Kütahya and Afyonkarahisar high regions of Bolu, Kastamonu and Sivas in the form of snow and rain will be seen in the form of snow.

The precipitation is expected to be strong in the eastern Mediterranean and Southeastern Anatolia with the Antalya environment, while the wind is strong (40-70 km / h) in the north and northeast of the Marmara Sea, strong in the south and southeast by the storm. -70 km / h), east eastern east of the Mediterranean and storms heading northeast and occasionally a strong storm (60-90 kilometers / hour) is expected to blow.