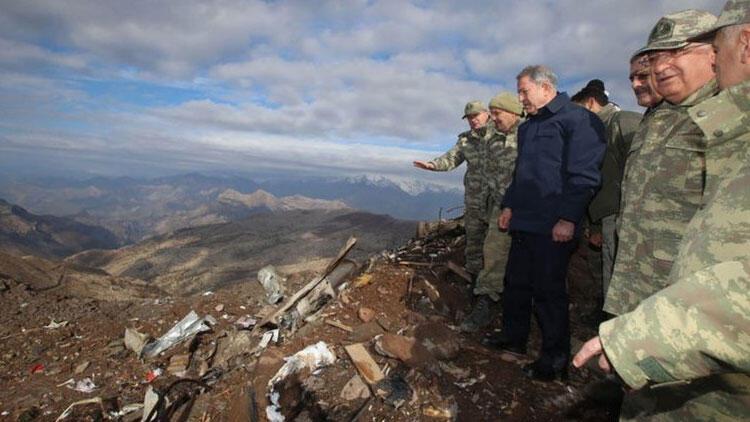 Akar, together with Chief of Staff Yaşar Güler and Commander of the General Staff of the Ground Forces Ümit Dündar of the University of Health Sciences (SBU), injured in an explosion after the accident in Hakkari, Süngü Tepe Base region, wounded in the antiterror operation soldiers and police officers visited.

Rector of SBU Dr. Received by Cevdet Erdöl and hospital officials, Akar went to the chambers, one by one, to talk to the wounded and meet with the families.

Akar, an AA correspondent after the visit, said the situation of the injured every day improved.

Akar thanked healthcare professionals who made a great effort to recover from the injured as quickly as possible: "After the accident, some of the injured were consulted here, the others are currently being treated in Yüksekova, Van and Hakkari. released from the hospital. " he said.

"I would like to share the initial findings with you." So the review committee confirmed both the ammunition and the reports that the ball is available for the task.After the ball was fired, there was a flame backward due to high pressure left behind the barrel that the projectile left the pipe.I can say that this flame has triggered these explosions and that in the next few days it will be possible to arrive at more detailed discoveries with the continuation of other technical studies.Today, legal, administrative and technical studies continue. "

Akar asked if there is any external effect that could cause an explosion in the base area, "The ball, the ball was examined.On October 28, a delegation discovered that they are suitable for the task.So this accident is absolutely no influence external ". he replied.

Akar on the issue of combating terrorism "both in the East, South-East, and in the north of Iraq and in other regions of our counter-terrorism activities continues with increasing determination and determination. ineffective, this fight will continue. Everyone needs to know. " expressions used.