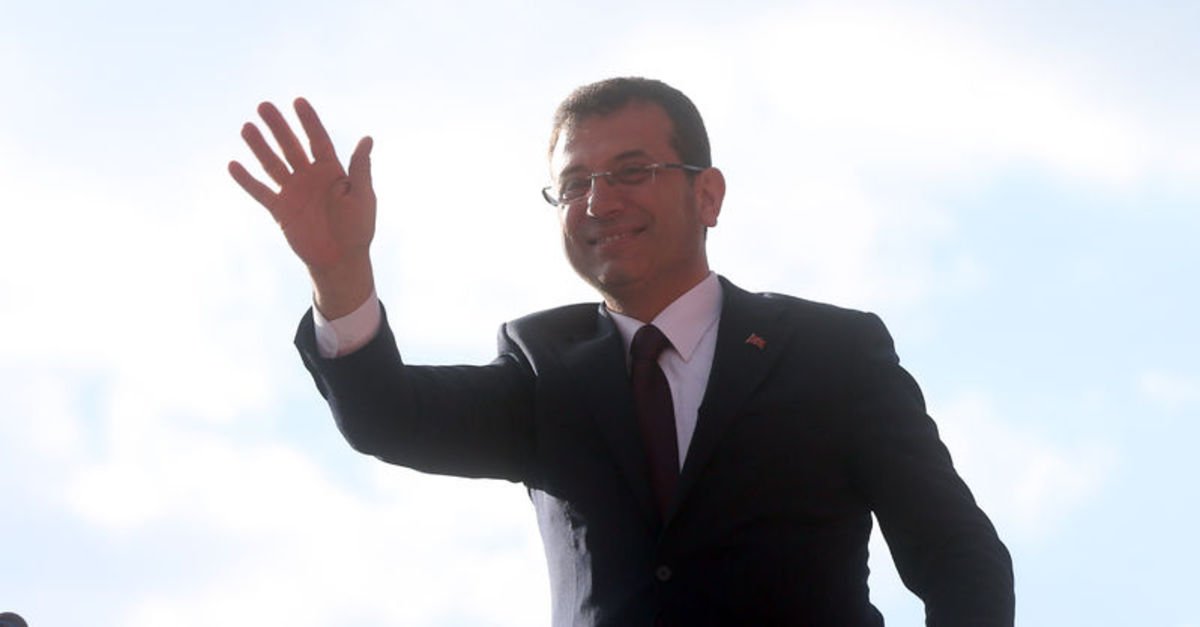 Mayor of the Metropolitan Municipality of Istanbul, Ekrem İmamoğlu spoke at a meeting "New Start to Istanbul" in Maltepe. Imamoglu's statements are as follows:

"THESE BASIC LESSONS OF THIS SELECTION"

Istiy I prefer not to win the elections, but hearts of you .. March 31 The local elections of March 31, 2013. This election will take lessons from everyone, especially politicians. This is the purpose of politics, it is the happiness of people, the politics of human beings first of all we must think and behave with that responsibility, and third, everyone's world view, values ​​and beliefs may be different, but the name of the conflict is never political. is the job of producing many solutions.

Those who have not taken this course since March 31 will never say that they can not win elections. Those who did not take those courses of the March 31 election will never be our nation, even if the election is won. I may be wrong on three points. I will certainly try to fix this.

March 31 Elections for the elections in Istanbul lasted 17 days. I know that what happens in 17 days will be written a lot about what you want to live in this country. Starting today, leaving aside all of them, I am focused on serving our business, all the inhabitants of Istanbul. But this must be well understood; There have been developments that have been going on for 17 days. I think we've gone through a national test of democracy. Your nation has passed this test of democracy with calm, precision, and success.

TRANSPORTATION WILL BE FREE

As promised, the transport will be free in Istanbul on religious and national holidays. Today I'm tickling, I came here promising a new start in Istanbul. This will be in 5 basic areas.

"We are going to fuck, we will combine"

The period of the politician who unleashed obstacles with the citizens was closed. The citizen is the master of this nation. Politicians and administrators are the servants of this nation. From now on, everyone will know. Everyone will know their limits. I will always accept the rule of law. I will never be an executive who folds laws, institutions and rules for his own purposes. I will not allow the main provisions of the law, especially the Constitution and the laws, to double and double. I will not explore national and spiritual values. I will not break anyone's heart, I will not let that happen. I will adhere to the founding values ​​of this country to the fullest. Not out of fear, but out of love. I will serve embracing and matching.

The new generation of municipalities will dominate in Istanbul. A municipality that respects the city will be dominated. As far as what the local government does, how this will gain importance. When consulting, discussing, speaking with the common voice and the common mind, we will decide together. Let's put an end to practices that destroy green and disrupt human health. This city will rise again in reason, logic, science, art, culture. Production, education, employment, economics and technology will increase.

I promise you, without losing a single penny of the citizen, we'll spend a lot of precision as a right manager without taking the next star. I will not be nobody Victims of this city, the victims will not remain. We will be the patron of retirees and disabled people in the city. In this city, we will never know the hand that holds hands and we will be sensitive.

In Istanbul, a new generation of democracy will prevail. Those who live in this city will have as much promise and determination as those who run this city. Beginning with neighborhood councils, with the participation mechanism to the sectoral assemblies, it will become the active organ of the city administration process. No one will ever want to leave this city. Women, youth, entrepreneurs of this city will feel that this city is a fair city.

MESSAGE RELATED TO THE ATTACK OF KILIÇAROĞLU

Imamoglu in his speech on the attack on the leader of the CHP Kemal Kılıçdaroğlu, "Kemal Kılıçdaroğlu & # 39; nun greetings to you. Unfortunately, an unfortunate event happened today, but he is very good.We greet you with love and respect.My citizens do not do such a thing, regardless of opinion do not You will see that this time will win love, will gain respect, "he said.