Images of blood freezing: They took their children out of the room, began to torture! 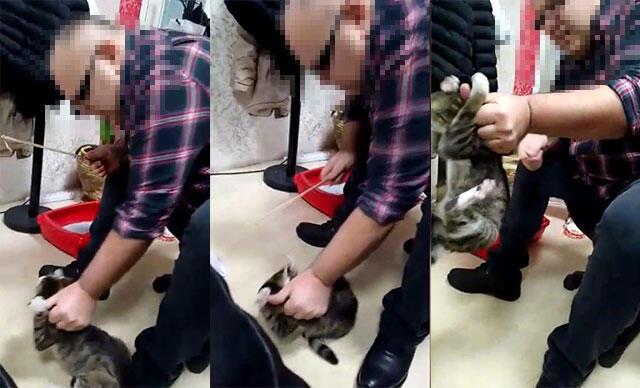 Entrepreneurs learned that the textile business Kocasinan Hakan G. supposedly when he called his furious cats that did not approach.

Hakan G. closed the door of the children's bedroom, he took in the hands of a hand the cat in the hands of bats hit the cat. The cat came down in pain, freed himself from the beating, and tried to escape the window.

Hakan G., the cat squeezed in front of the window that repeatedly hit here with the stick. Hakan G., one of the children invades the room when he enters the room, he takes the child out and closes the door again, the cat continues to hit with the stick. These moments were reflected in seconds to the camera of the cell phone.

Hakan G. divorced his wife for some time, it was learned that custody of 3 children was given to their mothers. On the grounds that he threatened his wife Hakan G. on the decision to suspend the removal appeared.