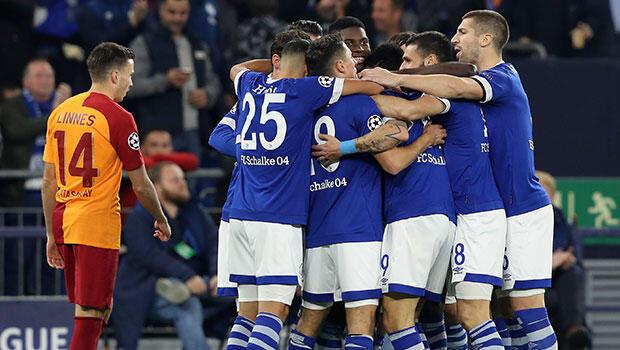 In the fight against Veltins Arena, Mark Uth recorded Guido Burgstaller in the 4th minute and Mark Uth in the 57th minute.

After this result, Schalke raised the score to 8, while our representative Galatasaray made 4 points.

Galatasaray will play their next match against Lokomotiv Moscow on 28 November 2018.

SOLA TRAVEL LINE
Norwegian right-back Linnes, who played to the left of the Tudor defense earlier, found a chance on the left-back yesterday. In the absence of Nagatomo, due to the poor performance of Ömer Bayram, the term pulled the Norwegian footballer to the left. Mariano also played for the first time in the Champions League with a yellow-red jersey. 4 Emre Akbaba, Nagatomo, Fernando, Eren Derdiyok) came to Germany drawing 2-2 against Fenerbahçe Galatasaray, the only change in the team against Schalke was Linnes-Omar Bayram.

PRESIDENT ONLY!
President Mustafa Cengiz, who came to Germany with the team, entered the camp alone. Cengiz did not want to spoil the technical team and the players, while Galatasaray remained in Gelsenkirchen.

FAMILY SUPPORT FOR SİNAN
Sinan Gümüş's family and relatives living in Germany took their place in the bleachers of the Veltins Arena yesterday.

SUPPORT ASLAN
The expatriates had great interest in the fight at the Veltins Arena. Galatasaray fans also bought tickets from outside the dedicated department. In the statue of 62 thousand people, about 10 thousand Turkish fans participated in the stands. The German side showed good hospitality by placing Turkish and German posts in many areas of the stadium, while the Galatasaraylı fans supported coach Fatih Terim before the game.