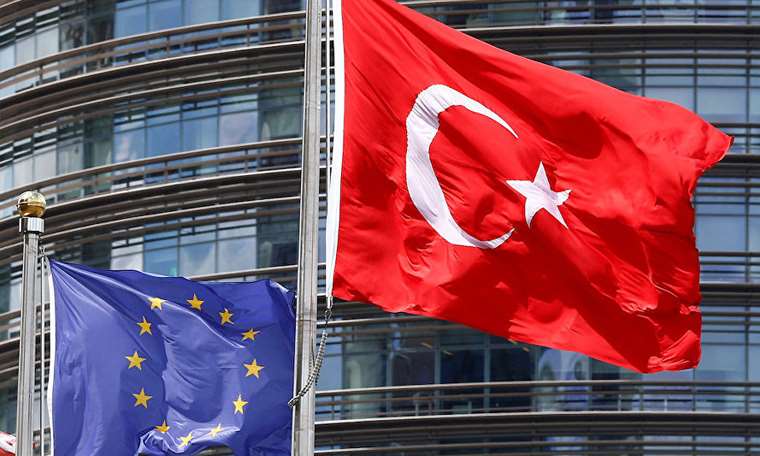 European Commission spokeswoman Maja Kocijancic at a daily press conference expressed her condolences to the citizens who lost their lives during the voting process: "High participation in the election, voters show an interest in local democracy." he said.

Stating that they take into account the initial assessment of the Council of the European observer mission to monitor the elections in Turkey that Kocijancic, adding that they expect the final outcome.

EXPLANATION OF THE COUNCIL OF EUROPE

The first assessment was shared by the Congressional Council of Local and Regional Authorities of Europe for the delegation of the selection President Andrew Dawson appointed to monitor the local elections in Turkey.

The delegation, composed of 22 observers from 20 countries, divided into 10 different groups of cities, such as Ankara, Istanbul, Izmir and Diyarbakir, indicating that observing the cities, Dawson pointed out that there have been some events in Malatya that have a shadow over the election.

"We do not underestimate the tragedy of the deaths, but it is possible to say that the elections were generally positive." used.

According to DW news in Turkey, Dawson's criticisms of the Turkish government were highlighted emphasizing his remarks on freedom of the press and freedom of expression and developments in the judiciary.

As a first condition to assert that there is a democratic electoral environment, Dawson emphasized that freedom of expression must be guaranteed. citizens, journalists, representatives of political parties need to cover equally, he said.

Before and after the March 31 election, journalists noted that journalists "were afraid to go to work or afraid to go to jail" in the news and commentary, and that the parties also did not reflect the party's election campaigns. Dawson "to be held on an equal footing for the election campaign provided that the establishment of a fair and reasonable framework.The rule of law has been brought forward.Resources of the state should not be used for any political party.You must do their duties without feeling pressure in them local authorities in Turkey, "he said.

According to the election results in terms of Turkish democracy to have won many "promising" political parties and that the situation "resistance to democracy" as described by Dawson, "I am afraid, with European values ​​to make a democratic election in Turkey is an environment of fair and free appropriate election that not convinced, "he said.

Dawson also in Turkey, especially in what was previously said to hdp? L counties in the east and southeast still worrying that the explanation could be named administrator.

Dawson, Turkey "We have not ignored the priority of protecting your integrity, however, we do not accept your allegations that hdp ?? l of a terrorist mayors. Please return to normalization of politics in Turkey," he insisted .

March 31 elections to want to be seen as an opportunity for change and democratic transformation in Turkey Dawson, the election results in Istanbul itself be handled news that aroused great concern, he said.

RATE OF PARTICIPATION OF RATE OF 84%

Dawson, on the other hand, said it is important to demonstrate that the 84% turnout in the elections has raised the awareness of the Turkish people about democracy and elections. Dawson said the Supreme Electoral Council and ballot box were also successful in technical competence.