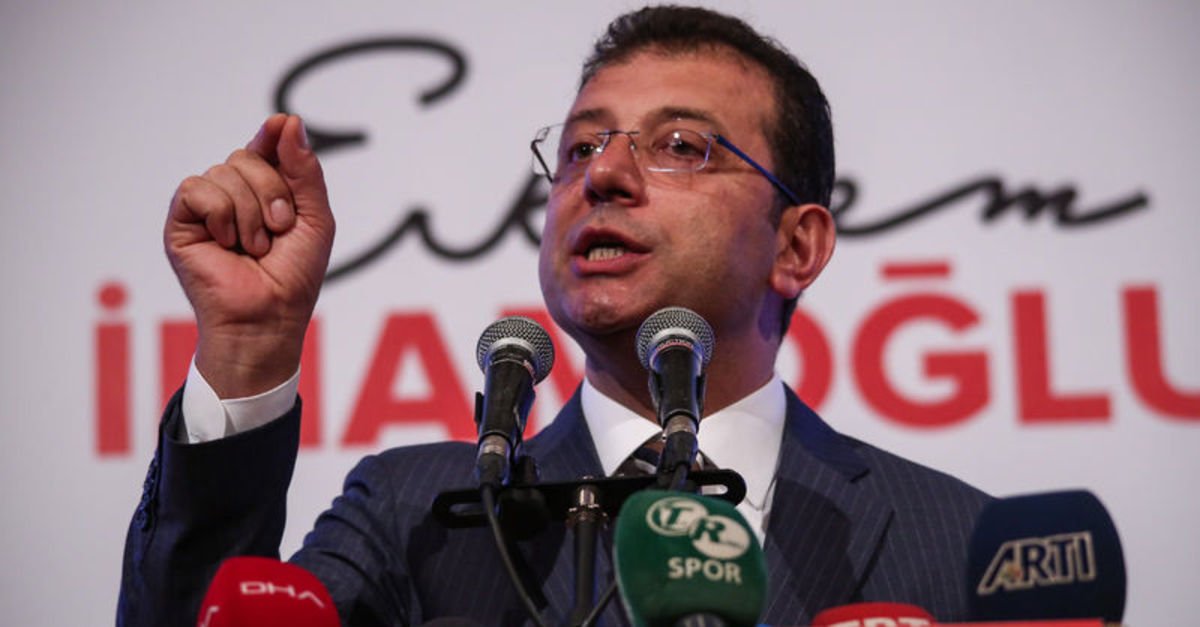 Ekrem Imamoglu, candidate for Mayor of the Nation of the Metropolitan Metropolis Nation of Istanbul, said: Älar They were surprised at what they would do.

Imamoglu, met with representatives of the amateur sports club. Ekrem İmamoğlu said there was no fair choice and he said:

Secção This election is a repetition of an election that was unlawfully and unjustly usurped on May 6. Everyone knows that if Binali Yildirim had defeated Ekrem Imamoglu on March 31 … let alone 13,000 and 700 votes, even with a single vote, there would be no events on the night of March 31. YSK was not forced to do the injustice it had not committed since its inception on May 6.

Everyone living in this city, living in this country knows very well that YSK has forgotten the law and made a political decision that usurped the rights of 16 million. Such an election, a renewed election for water reasons, has never been seen before in the history of this country. I would like to remind all of you. Last Sunday, the debate with my persistent efforts does not justify anything that happened on March 31 and later. That does not justify anything. Because there is no just choice. We are not going for a fair election. No one can speak of a gentleman's race and an equal and just election in this election.

Imamoglu is not making his own personal struggle in this process. Imamoglu's right is a right that belongs to the nation. Imamoglu has no right to be elected. This is the right of 16 million people living in this city. Therefore, the June 23 elections are never and never the fight of Binali Yıldırım – Ekrem İmamoğlu. The June 23 elections are the struggle of those who persecute themselves and those who seek the right of their nation.

We're watching somersaults. They were surprised at what they would do. Today, some media reported on my college degree. But they made news about my diploma. "