Airbus presents A220 aircraft in Istanbul 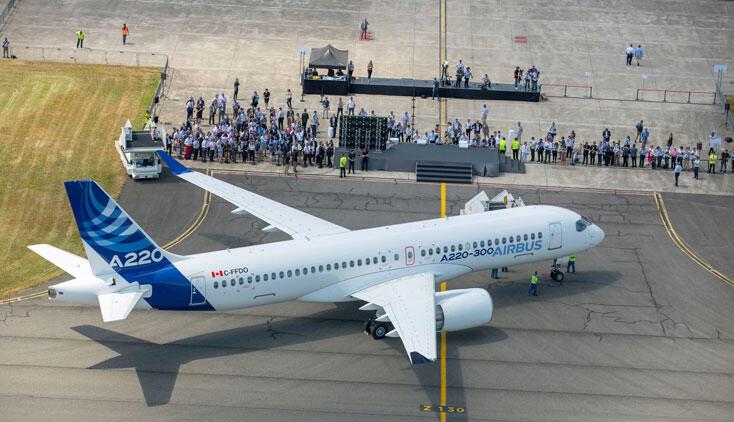 EUROPEUS The introduction of the new aircraft series A220, the Airbus aircraft manufacturer, was held at Atatürk Airport.

Airbus for the first time in Istanbul due to the arrival of the International Terminal Terminal Ali Sürmen attended a press conference Marketing Director in charge of Airbus Cabine De Gagne in July this year presented the "A220" service series.

In order to reduce the load on travel, Gagne said that the manufacturers were working and that the aircraft had the largest seats in its class.

Gagne argues that the large window of the plane reduces the fear of passenger flights and that this model attracted great interest of the airlines.

Turkish Airlines (THY) also stressed that good relations with Gagne, ruling on the decision to provide information on this matter reported.

"AIRWAYS WANT YOU TO BE HAPPY TO TWO CUSTOMERS"

Gagne said that in the next 20 years, 28,000 aircraft would be needed and that most of the targets would be to meet most of them, adding that "the company wants its customers to be happy.The passenger experience is what makes the difference here" . found in the evaluation.

After the meeting, members of the press visited the aircraft "A220-300" in the courtyard and received information about the characteristics of Gagne's aircraft.