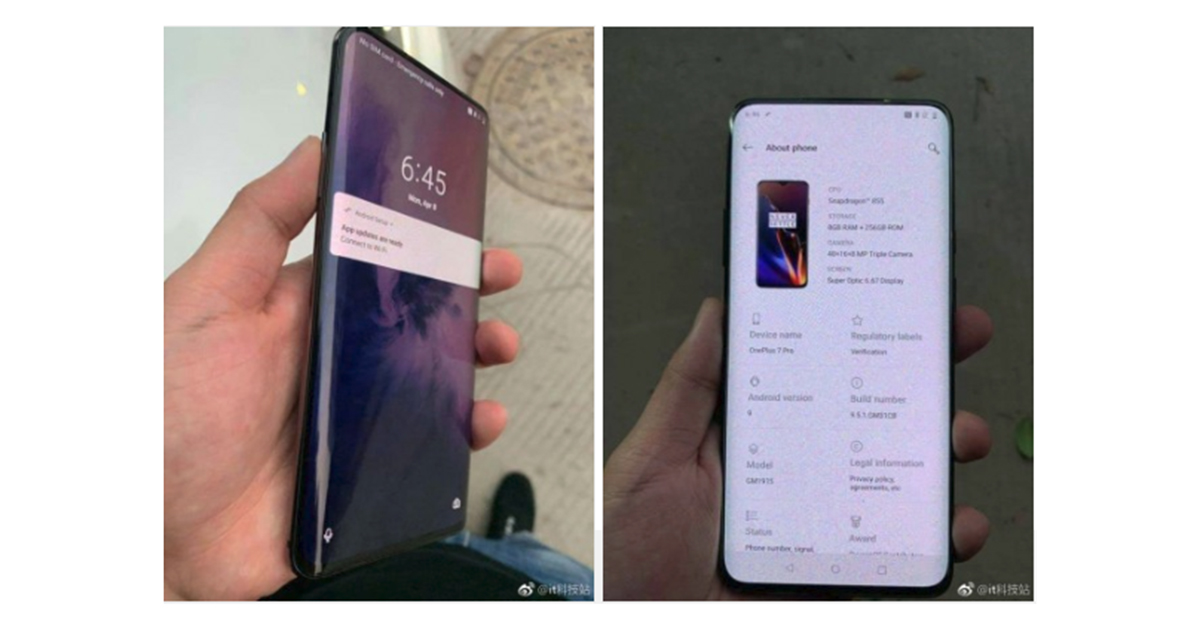 The trend of launching mobile phones with the word Pro after the name has become a common thing in the group of the latest Android mobile phones, and promises that OnePlus will follow the brand again. After having pictures and information about OnePlus 7 Pro coming out a few days ago

Another interesting point is the release day story. Currently, data shows that OnePlus is preparing to launch OnePlus 7 and OnePlus 7 Pro on May 14, and OnePlus 7 Pro is expected to be the company's first mobile phone. It supports 5G network connection

Okay, I'll stop with the estimates and give you anything you want. I can confirm that # OnePlus7 The series is being launched globally on "May 14" of 2019! Exactly 1 month for #OnePlusHip Flagship to be revealed! According to the previous leak: #GoBeyondSpeed! # OnePlus7Pro pic.twitter.com/KlUpHjZms7

For the specification of OnePlus 7 Pro as it is now available, including