Over the years. Warcraft III The legend of the new video game. Before becoming World of Warcraft The game has more players in the world. To date Blizzard Took the game to dust. And sold again on the form. Remaster Warcraft III Reforged In 2019

At BlizzCon 2018 last night, Blizzard released Warcraft III Reforged Or is it? Warcraft III Remaster The Reign of Chaos and The Frozen Throne will be tied in a campaign mode. In this quest, players will experience Azeroth from Kalimdor, Northrend, Lordaeron and more in Full HD Remaster.

Comes with all new UI enhancements, interface, template and graphics, with up to 4K of image resolution, with brand new animations. The World Editor or Custom Map that comes with the original Remaster game will still be there as well. Also improved the World Editor to be better. 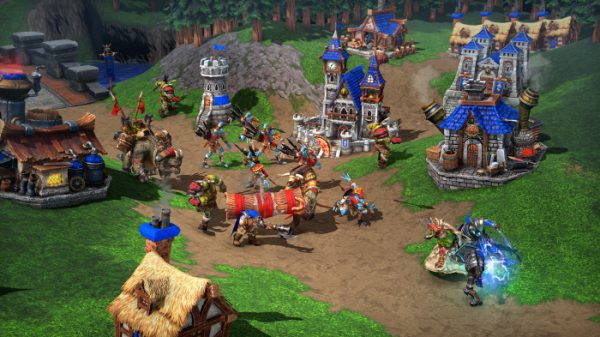 The game can be played online as always. The Multiplayer Matchmaking system facilitates pairing. The game will fully support Battle.net. I personally would like to experience Angel Arena, DotA and Legion TD in Remaster as well.

The game is slated for release in early 2019 with just 29.99 for Standard Edition and 39.99 for Spoils of War Edition, which will include items for other Blizzard-style Battle.net games.

More details You can visit the main site at. http://us.shop.battle.net/en/product/warcraft-iii-reforged