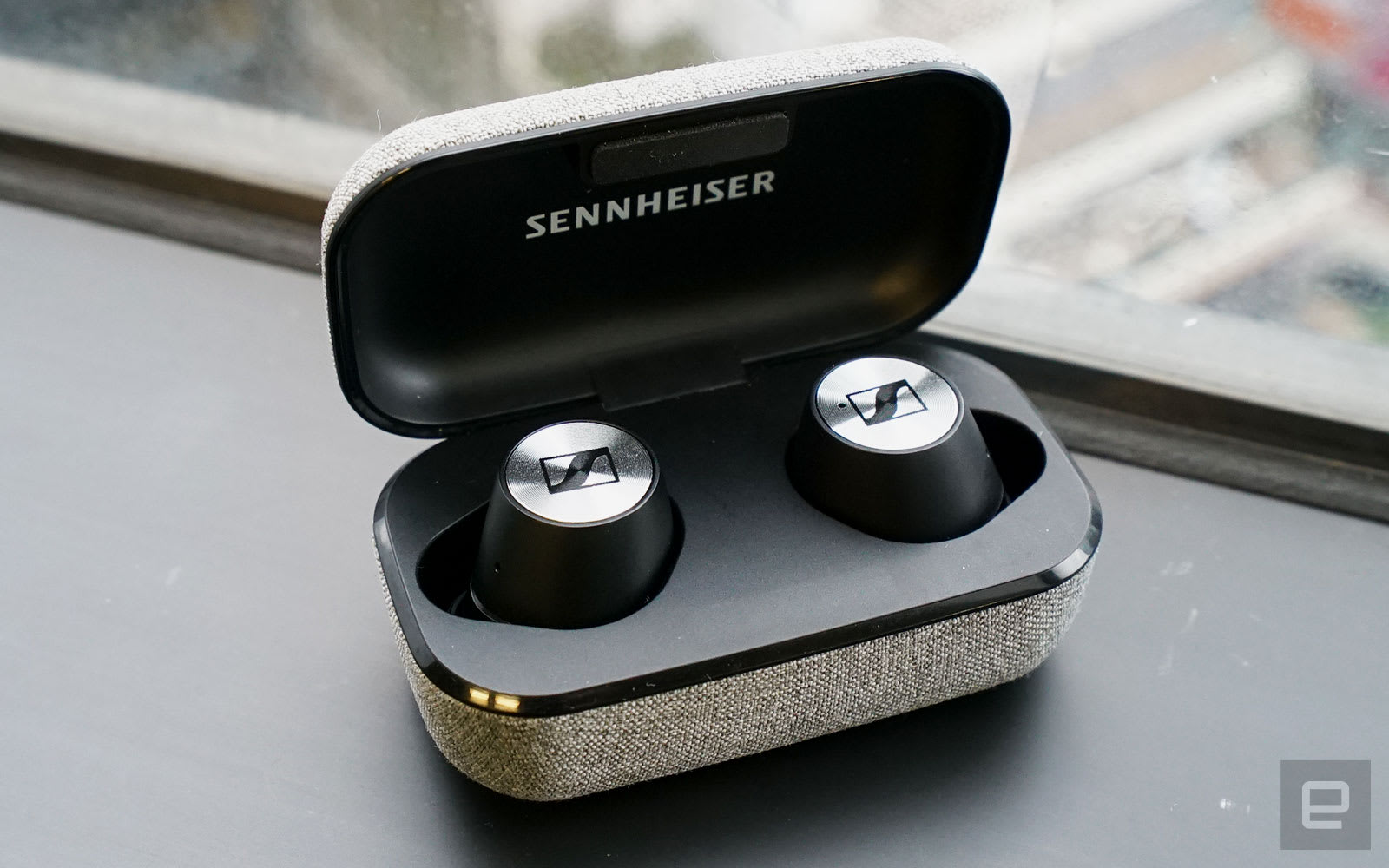 Sennheiser has a smooth and sophisticated route in headset design, which is also tested on True Wireless Momentum. The portable charging box is wrapped in a layer of fabric, and only the brand icon is printed on the surface of the carton, which is quite simple and generous. The back is the USB-C charging port, the LED light and the check button, which is basically the configuration of the general wireless headset.

Open the box, a pair of headphones with metal panels are hidden inside, but the plastic feel of the finish is a little heavy, it's a shame that does not respond to the appearance. Take the two headphones, it can be seen that the charging box and the headset are absorbed by the two large magnets, and the charging is responsible for the four metal dots in the middle because the area is also obvious and the surface is bathed in gold. You should not worry about cleaning.

The body of the headset has a matte black cone that is cut off from the tip to reveal the inner metallic color. As mentioned above, the True Wireless Momentum has a metal plate that is enabled for touch, the left is mainly for music control, playback, fast forward and skip.The right side is used to control intelligent functions including wake-up . Pair the phone's voice assistant, mood mode, and more. Although this method of operation is contrary to other competing products that are usually controlled by the right headphones, it is not difficult to learn.

In terms of specifications, the True Wireless Momentum is a 7mm mobile coil headset. Each handset has two microphones for sound collection. The body has splash proof IPX4 protection certification, enough for handsfree headphones every day. The official said that the headset has a battery life of 4 hours, and the portable charging box can be recharged twice, providing a total of 12 hours of use. Xiaobian is mainly used when leaving a bus, and has been used intermittently for three or four days without a low battery warning.

The most satisfying part of the True Wireless Sennheiser Momentum is not just the sound quality but also its connectivity. The Bluetooth 5.0 headset was not plugged into the ear just after the box was picked up. The True Wireless Momentum sounds connected to the paired machine, it seems the high compatibility of AirPods and iPhone. The same. At the same time, the stability of the True Wireless Momentum connection is also very good, in the bustling downtown in the subway, and the LG cell phone connection encoded by aptX is rarely disconnected, only a lightweight and occasional Kardon, but this is Truth · Wireless headphones are currently a common problem.

Speaking of aptX, True Wireless Momentum is also compatible with aptX Low Latency encoding, which is considered to be low audio latency. However, this code is not very common and there are not many devices on the market that have this function. However, if you use your phone or tablet to watch movies and play, there will be no obvious delay in sound playback, so you do not have to be too persistent. Of course, if you are playing a music game that is unacceptable with any error, use a wired headset.

Like many true wireless headsets with smart features, True Wireless Momentum supports intelligent pauses, ambient sounds, and the voice assistant keys mentioned above that are convenient to use. How wonderful is it to implement the intelligent pause function in this headset without distance sensor? It turns out that the two headphones start the smart pause with relative distance. As long as the distance exceeds 30 centimeters, it will pause. This is equivalent to the action of the user taking off the headset and removing it. After the headset ear is connected back to the ear, it will continue. Play music 啰.

The two headphones only have a total of 13.2g. When used in conjunction with the headphones, they can hold the ear canal firmly. It's okay to fly and not overloaded for long. The outer panel has a clear area, so it's easy to click.

Xiaobian played the songs from the MOOV and CD music streaming platform on the iPhone and LG V30, respectively. Although on the iPhone, because the loudest is just AAC, True Wireless Momentum still has clear vocal performance, the music is just right, in the V30, it is locked in the option of developer with aptX coding, the details of the song can be played , Performance A completely unusual Bluetooth headset is actually a wireless headset that people crave.