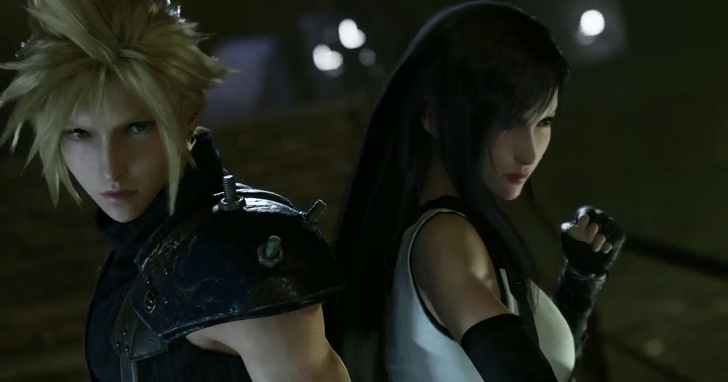 The most anticipated player remastered "Final Fantasy VII Remake" (FF7 remake) finally announced the exact moment of market launch at this year's E3: March 3, 2020, the platform is not surprising. PS4 is exclusive, but the official did not say the possibility of dying to board the PC.

Square Enix also brought a new trailer for the fans at the press conference and released the two main characters "Tiffa" and "Sefiros". At the same time, in the trailer, the "Final Fantasy VII Remake" battle mode is completely revealed, it will look like "The Heart of the Kingdom" and the latest FF works, combining one-click swap functions, accumulating ATB scales and exercising powerful attacks. Functionalities

Even so, the official still publishes the pre-sale information of the physical games, which are mainly divided into "Standard Edition", "Deluxe Edition" and "First Class Special Forces Edition", including protagonist Claude and the mobile locomotive. Model, order price is $ 329.99.

Another classic PS game, Final Fantasy VIII (FF8), which is also considered a classic, is not surprisingly the next batch of replays of Square Enix, but unlike Remake of FF7, FF8 is only this time. Grade remastered, from another angle, is a new module of high-quality, multi-platform migration replication without any new elements.

Many players consider "Final Fantasy VIII Remastered" as the last piece of the Final Fantasy series to enter the contemporary gaming market. It actually makes sense, after all, the FF9 released in 2000 has already hit the PS4 even early in the year. The move to the Nintendo Switch and the FF8 for a complete recreation across the platform seems to be only a matter of time.

"Final Fantasy VIII Remastered" will be available on the Nintendo Switch, Xbox One, PlayStation 4 and Steam, with the official release time expected for this year. Some netizens have joked that if the Remastered version of the sales performance is good, it might turn out to be the next set of Square Enix Remake works.

Do you think the FF7 Remake and the FF8 Remastered already made a great cold meal? Square Enix says that's not enough!

In the FF world, the "Final Fantasy Crystal Chronicles", which has a special status, also received re-transplantation Remastered at this year's E3, and the game will be replaced by a high quality model without changing the content. Group and augment multiplayer connection mode, and it's slated to be released this year.

However, unlike the Remastered FF8, "Final Fantasy Crystal Chronicle Remastered" will only be available on the PS4 and Switch platforms for home consoles. Once the "Crystal Chronicles" series has been released on Nintendo's mainframe, the SE will have that decision. Not surprisingly.

It's worth noting that the "Final Fantasy Crystal Chronicles Remastered" will also be released on Android and iOS platforms, inheriting the action RPGs from the "Sword of Legends" series, what kind of experience will it have on mobile phones? I believe the player will know soon!