Press conferenceAs the Real Madrid season is lost in insignificance, Zinédine Zidane also faces questions about the imminent turnaround before the third round of the Primera División against Athletic Bilbao. The return of Vinícius Júnior pleases the coach, the failure of Álvaro Odriozola bothers him. 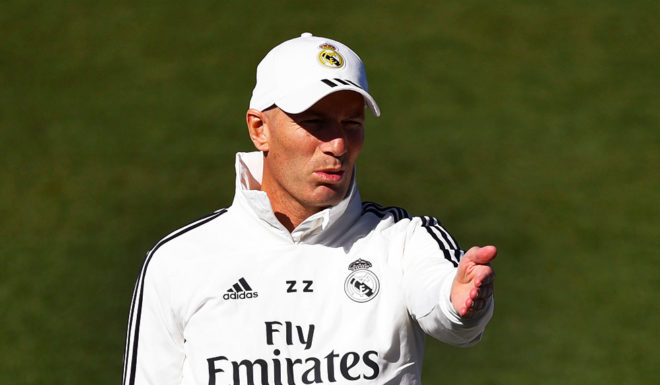 … the 33rd match against Athletic Bilbao (Sunday, 16:15, live ticker REAL TOTAL and DAZN): "There are six remaining games and I think we can play better, and we have to do it, the training is good, it's getting better and we're going to try to transfer it to the field in competition." Bilbao is a team that has not lost much lately. better in comparison to the start of the season.It was always very difficult to play against them.But we are expecting a good game.We want to do better our work.The players always want to be successful.In the form of titles, this will not be possible this season There is another month left and we want to fight well.My thoughts are this and next season.I'm full of energy and not burned. "

… the injury to Álvaro Odriozola: "We are upset about this failure, he is undergoing surgery this afternoon, that he returns this season is unlikely, I hope the surgery is going well and he can start rehab quickly, he will not play until next season."

… Vinícius Júnior: "I am happy that he is back with us, but you have to be very patient because he was injured for almost two months and we will be patient.He has to work well the next week of training.In the season he has proven his quality He's an 18-year-old with a great future ahead of him. "

,..Gareth Bale and his possible whereabouts: "We do not talk about it and we will not do it for now. There's a game ahead, that's what we think."

… a possible compromise of Kylian Mbappé: "You can ask.I will answer what I want.I will not get into it.Not by name or anything.In due time we will talk about transfers.Now we have to talk about this season and the remaining opponents, not over. I know exactly what I want. That's not the topic right now. "

… the change: "I feel like changing things, and I have some ideas, what we can get in the transfer market, you will see, but of course there will be changes."

… players who are not for sale: "I know what they are, but I will not say anything about it." Real Madrid is always looking for the best players, it was not the best season in Madrid, but you have to accept and just change.

Marco Asensio: "We know what Marco is for a player and what talent he has. He is a Real Madrid player." The season was a bit difficult for everyone, not just for Marco.He makes a good impression on me, he is committed and wants if it develops more. "

More about the transfer market 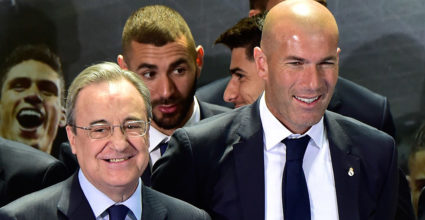 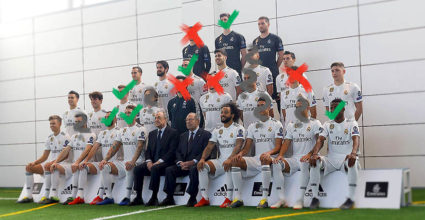 … the impression that the club will force you to make Thibaut Courtois number one: "I do not think so. The only thing I said is that the matter will be clear."

… Courtois: "He had complaints and you have to accept that. He's getting better and, from Monday, he'll work again with the team."

… the question of whether he has to convince players of an exit: "I do not know, I do not know how it's going to work, all the players have a contract here, let's talk about it at the right time."

… Jesus Vallejo: "Jesus deserves to play like the others, and he's going to play, when he's going to see it, he's a quality player, but he had a lot of complaints during his time here.

… a possible change of formation for next season: "Yes, there will be tactical changes as well."

Zidane on transfers: "I know exactly what I want"

As the Real Madrid season is lost in insignificance, Zinédine Zidane also faces questions about the imminent turnaround before the third round of the Primera División against Athletic Bilbao. The return of Vinícius Júnior pleases the coach, the failure of Álvaro Odriozola bothers him.