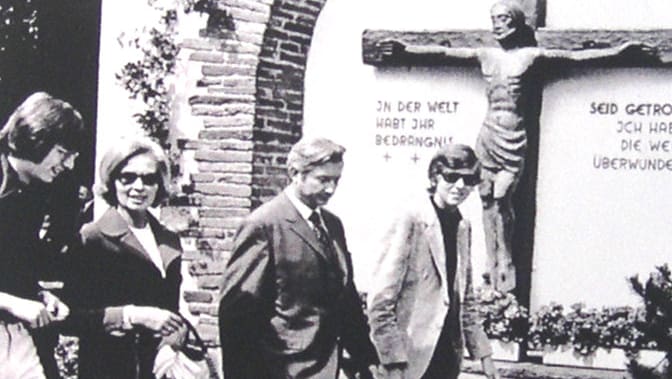 Widow Aldi Cäcilie Albrecht accuses the heirs of enriching themselves in the Aldi Nord supermarket chain. In her will, she apparently wanted to prevent her daughter-in-law and her children from taking on important positions in the company.

Cäcilie Albrecht († 92), along with her husband Theo († 88), created the discount empire Aldi Nord. She played a major role there until her death in November 2018 – Aldi was her life. As the "Bild am Sonntag" reports, his will was opened in February at the district court in Essen. This clearly shows what "Cecily" accomplished by her heirs.

After his last will, the five children of his late son Berthold in the Aldi Nord group should play no role. The newspaper cites the widow's will: "The monstrous events at the Jakobus Foundation … cost me many sleepless nights, because I realize that I can not afford the same or similar … until the Markus Foundation comes closer."

Dispute of fierce inheritance on foundations

The multibillion-dollar rebate group has three foundations – Markus, Lukas and Jakobus. These are to protect the Aldi Nord from taking over. The Markus Foundation has 61% majority ownership. For important decisions, all three foundations must agree.

Now, according to research from "Bild am Sonntag", Theo Albrecht Junior and his daughter should keep all influence in the group. The five grandchildren and Babette must be kept away from the advice of the influential Markus Foundation. This is what Cäcilie Albrecht wants in her will.

"Inadequate to take on a leadership responsibility"

Already at the funeral in November 2018, the five grandchildren and daughter-in-law were excluded from the memorial service.

"Cecily" continues in her testament: "With this document, I take care to defend the philosophy of our family, serve and promote the Aldi Nord group, leaving aside their own interests and practicing a restricted and modest lifestyle."

The sons of his son Berthold clearly rejected this philosophy and therefore were "inadequate to take on a senior responsibility at the Markus Foundation." (BNB)