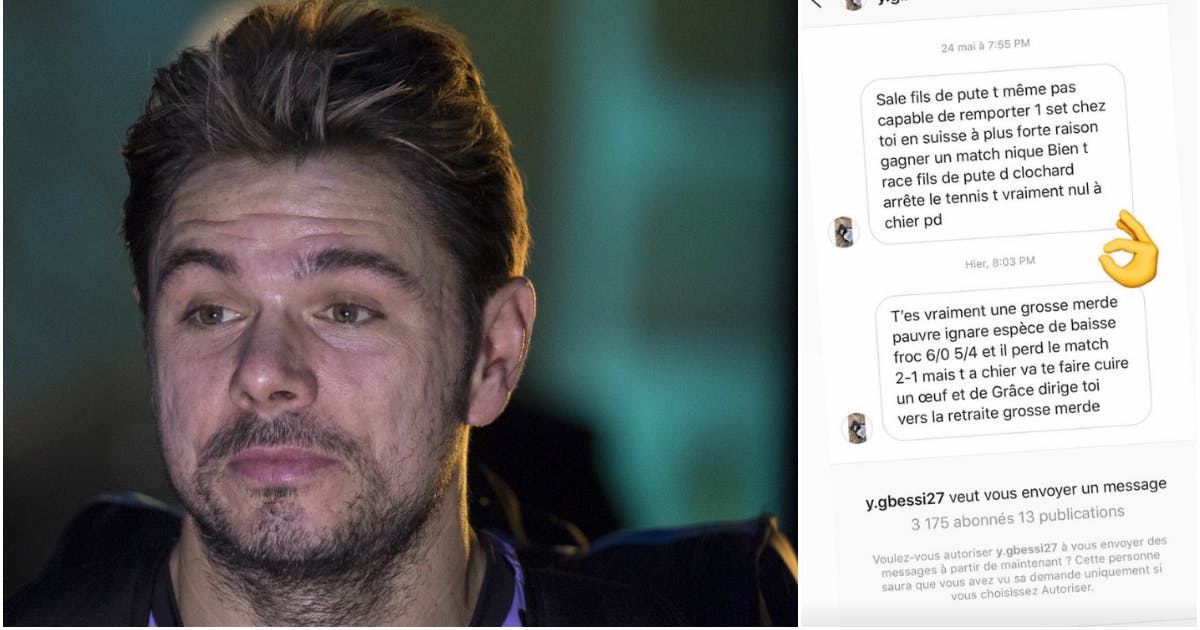 Stan Wawrinka is in the second round in Monte Carlo against Massimo Cecchinato, a 6: 0, 5: 3 lead still out of hand and eliminated. Too much for a footballer who violently attacks Romand on the Instagram.

Wawrinka (ATP 36) won Italy's number 16 after 50 minutes, at 5: 3 in the second set, to win the match. But he broke for the first time in the game and offered Cecchinato the chance for a sensational comeback.

With the robbery he probably did not expect a frustrated Frenchman. Yannick Gbessi insults the gypsies with a vocabulary for which the mouth of the young man of 23 years must be washed with soap. Wawrinka launches the speech on his channel on the Instagram as a story.

Gbessis Instagram account is set to private, but with a check mark, which is official. Because Gbessi is also an athlete, but definitely a smaller number. As a football player, he worked for FC Paris, among others, and completed eleven minutes on Ligue 2. For almost a year, the defensive midfielder is "unemployed" according to the transfermarkt. No wonder, if he should use his vocabulary in everyday life.

The tennis players are attacked violently and the target, but not new. Especially ladies get lots of news from frustrated contemporaries in social media. Swiss Belinda Bencic or Timea Bacszinsky also publicly complained about rude "fans". For most people, losing bets are likely to be behind the problem. I hope Gbessi has also bet a lot of money. It hurts most of these incorrigible are a hole in the wallet.