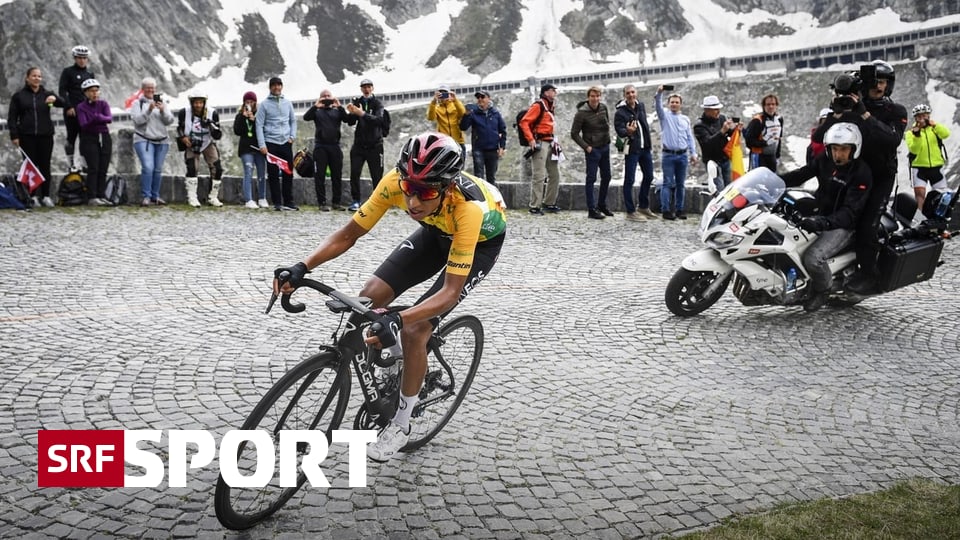 At 2.6 km from the end, Egan Bernal made the decision with an irresistible start of the field. Like the day before, the tour leader let his muscles ring, no one was able to follow him on the cobblestones of Tremola.

Behind the Colombian, Italian Domenico Pozzovivo and Australian Rohan Dennis finished 23 seconds ago. In the overall standings, the expert on time trial Dennis is in second place 41 seconds behind Bernal.

After The disappointment on Thursday prompted Mathias Frank to announce that he wanted to show up in the remaining three sections and fight for a win on the stage. In the 7th stage, he let his words take action. Just 5km from the end, he had to follow the field already decimated at the time, having attacked early in the race.

The decision to win the 83rd edition of the Tour de Suisse falls on the weekend at Ulrichen in the Obergoms. First, on Saturday, the second time trial, a 19.2-kilometer test around Ulrichen in the program. Finally, on Sunday, the newly designed "Alpencircuit" with Nufenen, Gotthard and Furkapass will follow.