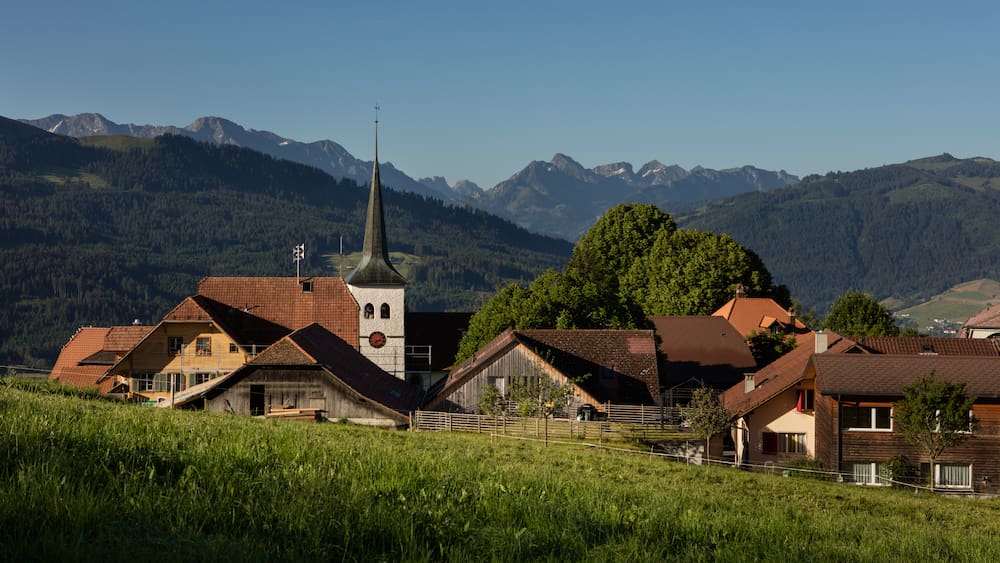 The small Bernese village of Guggisberg suddenly has almost two million francs in the register. The reason is a lottery winner in the community.

Again and again, money was lacking in the quiet Bernese community of Guggisberg, on the border with the canton of Freiburg. For a long time the roads had to be repaired and also the post roof in the village needs renovation. But work has always had to be postponed.

But now everything is different. With the second item on the agenda, Guggisberg's council at the community meeting last Friday caused a riot. As reported by the "Berner Zeitung", an increase of more than 1.6 million francs could be presented to the budget. A huge sum to the place with only about 1500 inhabitants.

Guggisberg took almost 1.9 million francs plus taxes last year. What is like a lottery win for the community was actually one.

A "Wäutsgwinn" for the mayor

Mayor Hanspeter Schneiter does not hide the joy of donating to the coffers. He calls the "Wäutsgwinn" the surplus thanks to the lottery winner in the village. "Let's give something back to everyone," Schneiter told the Berner Zeitung newspaper.

Already a year ago, the tax rate was reduced in Guggisberg. And now, finally, bigger investments are coming. For example, for the broken streets and the old post office roof.

Also nearby community with lucky lottery

Lottery luck seems to be particularly widespread in the region. Also Schwarzenburg, neighboring municipality of Guggisberg, profited – already in the year 2009 – with the profit of Lotto. The local government reported that at that time, the account was massively better completed thanks to a taxpayer's jackpot profit. The municipality of Wohlen, near Bern, reported in 2012 that it had collected a lottery fee of 750,000 francs.

In the city of Bern, two dogs of fortune taxed profits of 23.4 and 23.7 million Swiss francs in 2017, as financial director Michael Aebersold announced in March 2018. The two lottery prizes released CHF 5.1 million the treasure of the city. (Cat / SDA)