Supercomputing: Nvidia shines through absence – and many ads 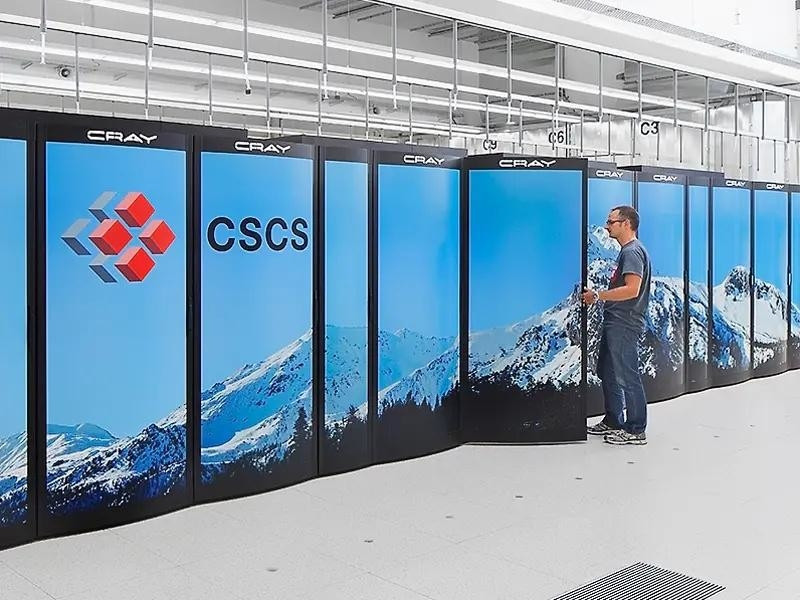 Nvidia has always held the largest stand of the International Supercomputing Conference (ISC), but at ISC19, opened in Frankfurt on Monday, they are in vain. However, that does not mean that Nvidia is not present because many employees are at the conference. In addition, Nvidia arrived in time for the opening with a few announcements – including the indication of the top 25 computers on the "Green500" energy efficiency list with the Nvidia GPU.

At the launch of ISC19, Nvidia announced ARM support for High Performance Computing (API) and Artificial Intelligence (AI) with all CUDA-X and HPC libraries. More than 600 HPC applications and all common AI frameworks will be available for ARM systems. ARM is still only on the Top500 list with an ARM system with Marvell Thunder 2 (formerly Cavium) on HPE's Astra system, but more are expected in the future – among others from Cray, who wants to take over HPE.

Nvidia support for ARM can also be seen in the EuroHPC supercomputer European project and the European Processor Initiative (EPI) with the help of Atos / Bull as manufacturer of ARM and RISC-V as a processor base for European systems Exascale wants use. For example, the Barcelona Supercomputing Center won MareNostrum 5, a calculator of 200 petaFlops for 223 million euros (including 100 million of the EU) scheduled for the end of 2020, just a few days before the ISC19. They say it hosts two different architectures in two groups, presumably ARM and RISC V – that fit the Nvidia offer.

The CUDA X for AI and HPC introduced in the GTC in spring also received an update and was extended. This also applies to the container (NGC) prepared for certain HPC or AI tasks.

The number 22 mentioned above also appears on the new Top500 list, the Nvidia DGX-2H development system with the Tesla Volta-100 SMX2 with 1536 Tesnor-Core GPUs in 22nd place with 9.4 peats.