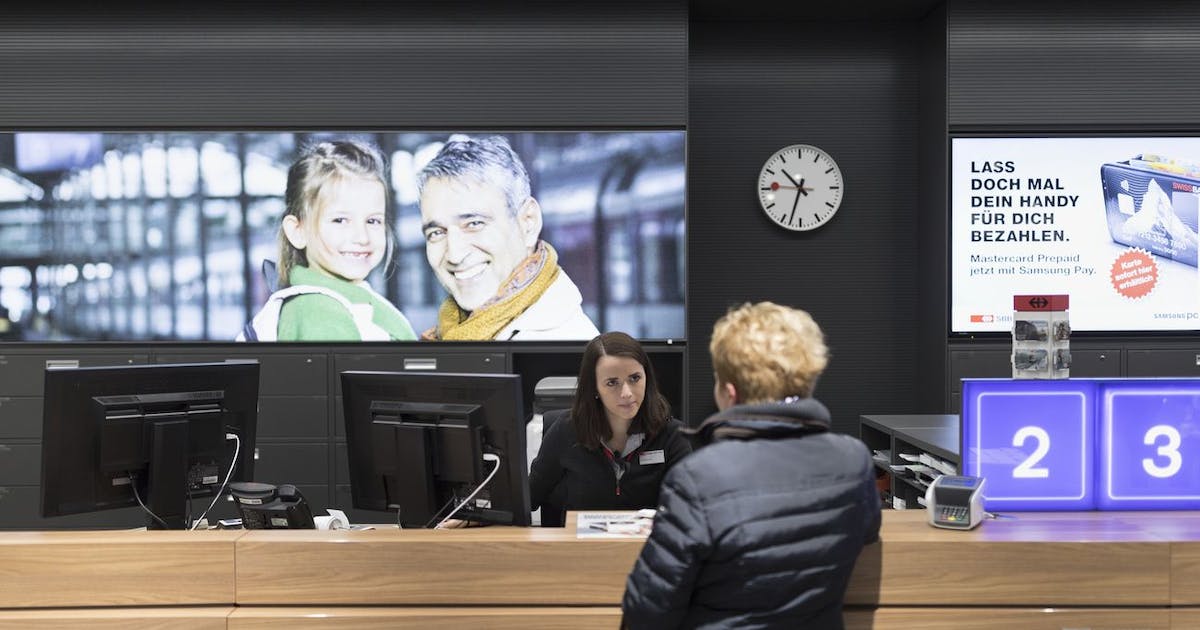 New railway line: SBB has interrupted the closing of branches operated for the time being. The decisive factor should no longer be economy measures, but passenger needs.

Until recently, personal advice for train travelers seemed to be slowly becoming a relic of days gone by. More and more counters were closed at Swiss train stations – much to the chagrin of many passengers. Now, however, amid and also due to the corona crisis, the change of direction: SBB suspended the closings – initially until the end of 2021.

Until then, they want to check their own criteria at SBB, reports “Tages-Anzeiger”. The newspaper quotes spokesman Reto Schärli: “The previous processes were mainly based on economic and demand-oriented aspects”. However, this would take very little account of the “growing need for advice from clients”. The objective is to bring the quality of the offer in the control keys back to the center.

But where does this rethink come from after almost half of all plants have closed in the past 15 years? The corona pandemic appears to play a minor role – it could have increased travelers’ already growing need for more complex and reliable advice. Personal information is required due to extensive travel restrictions.

According to SBB spokesman Schärli, they want to reflect this desire: they are currently working on new concepts for the design of travel centers, according to “Tages-Anzeiger”. A first pilot site is due to open in May in Montreux. If they are satisfied, the new concept could be implemented in the Zurich Airport travel center from mid-2022.

New head of SBB in charge

More and more passengers are using SBB’s digital offers, according to the company, only a tenth of all travelers buy their tickets at a total of 721 points of sale with personal advice. Based on this, the “Railfit 20/30” economy program was launched in 2015, with the help of which SBB intends to save around 1.75 billion Swiss francs by 2030. The non-profit switches must be closed.

The fact that it hasn’t happened yet may be due to the new head of SBB, Vincent Ducrot. “For him, the focus is on core business”, quoted “Tages-Anzeiger” Jürg Hurni, from the SEV transport staff union. This also includes contacting customers at the counter. He had the impression, according to Hurni, “that SBB is no longer looking for the current austerity program.” For the first time this year, no information on planned closings has been given.

Political attempts to prevent the closure of branches have regularly failed in recent years. Cantonal initiatives like the last one in Jura, where only four meters are still in operation, were rejected. In parliament, too, the corresponding attempts by parliamentarians towards the state-owned SBB have not been successful – the federal government has no influence on SBB’s strategic goals.