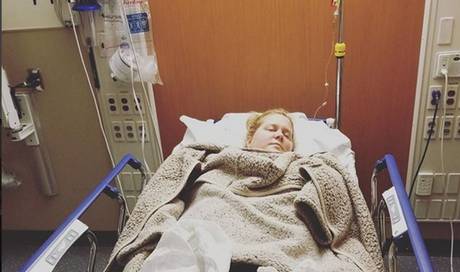 She posted a picture of herself dripping on a hospital bed. "I have hyperemesis and this is awful," says Schumer. This is a particularly violent form of morning sickness during pregnancy. The actress has been married to chef Chris Fischer since February. They are expecting their first child.

The baby and herself are well, Schumer said on Thursday. "But whoever claims that the second quarter is easier does not tell the whole story," added the comedian. It is even worse than in the first three months. The British Duchess Kate also suffered from severe nausea in her three pregnancies.