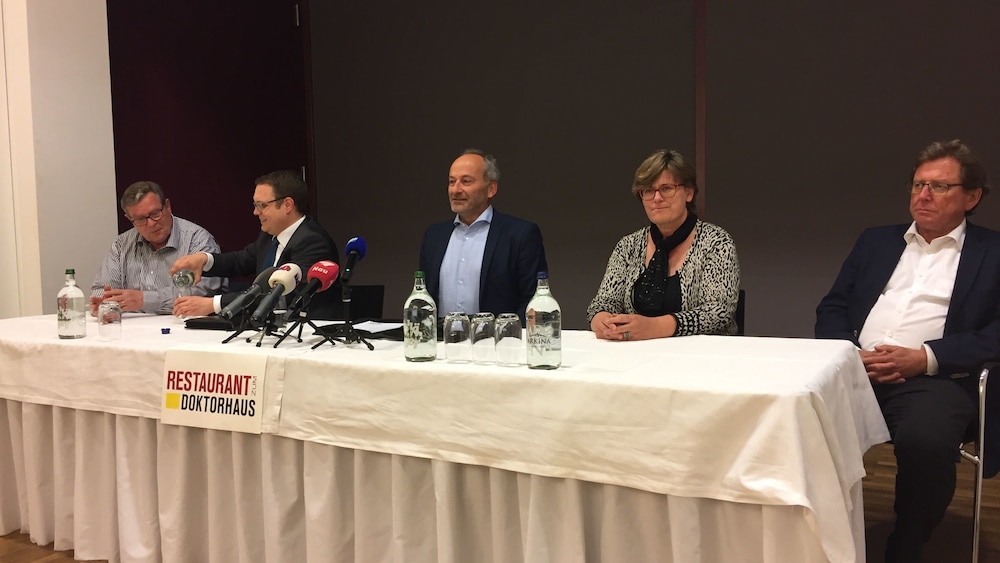 Christoph Blocher spoke a word of power and asked the leadership of the SVP party in Zurich, after the electoral defeat, to resign. Now he has also decided who will lead the cantonal party: it is the only 31-year-old council, Patrick Walder.

Patrick Walder (31) is the name of the man who must revive the SVP of Zurich after the electoral defeat a week ago and lead to federal elections in October. At a late-night press conference, President Konrad Langhart (55) presented his successor.

First vice president on the side of young politician Walder must veteran SVP and former National Council Toni Bortoluzzi (72). Cantonal councilor Elisabeth Pflugshaupt is proposed as second vice-chair, as vice-president – a position that did not yet exist – cantonal councilor Orlando Wyss. The meeting of the delegates should approve the election tomorrow.

Walder is an administrator and for 13 years in the city council of Dübendorf ZH. He says he is "already eternal" in SVP and therefore knows the party very well, he says. At just 31, he had "the strength to take the party forward." Like he wants to do it exactly, but he still does not know. A strategy should now be developed within the next two weeks.

The SVP party leadership had last week, at the request of former Federal Councilor Christoph Blocher, to take off the hat after the party took over in cantonal elections with the massive loss of seats. Blocher also chaired the search committee for a new party leadership. Walder does not want to speculate why he was chosen by SVP Doyen. "You have to ask him that."

He certainly was not the one who puts himself in the foreground, but for years working hard for the party.